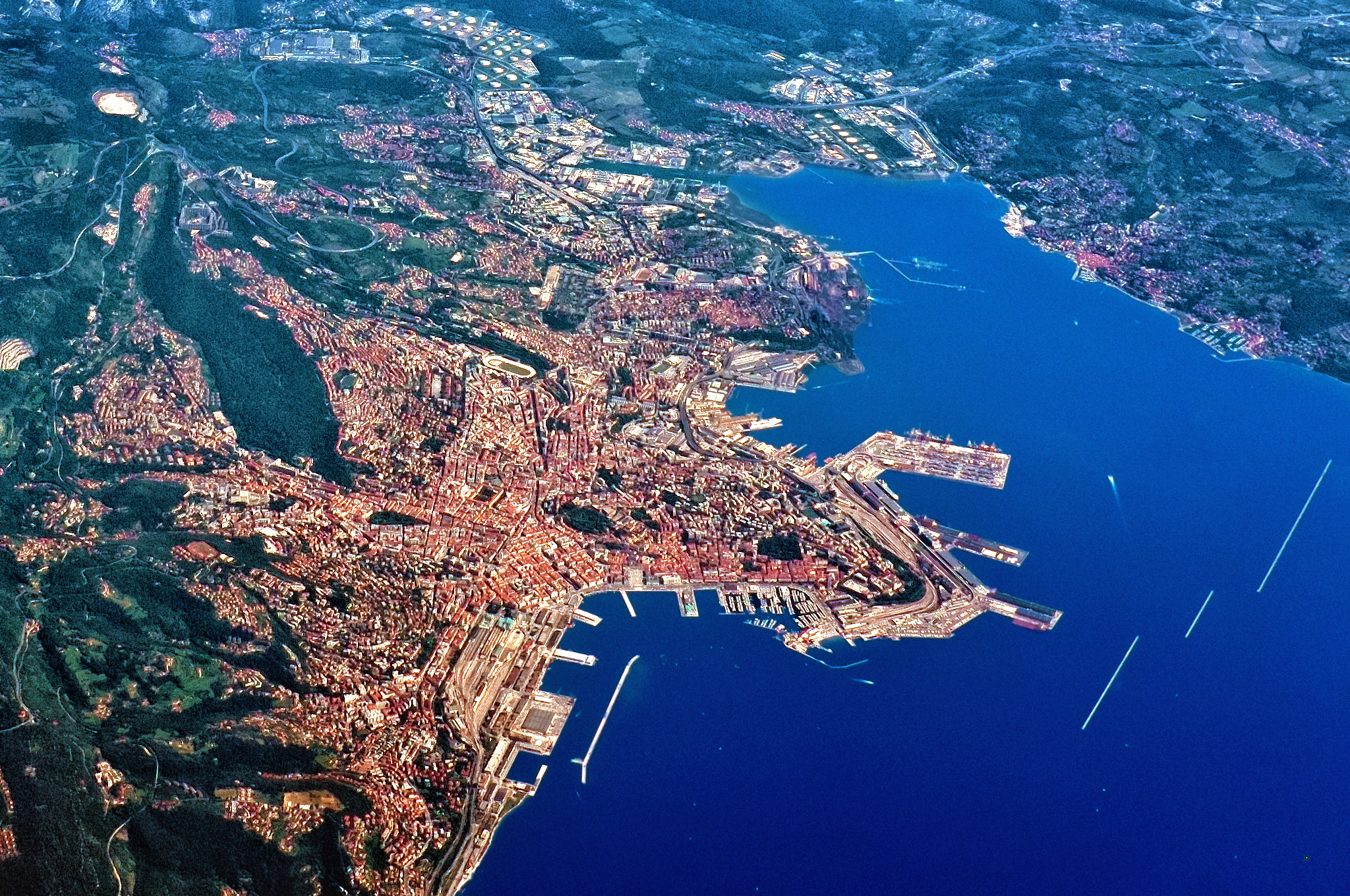 The international Free Port of Trieste is a State Corporation of the present-day Free Territory of Trieste, an independent Sovereign State established at the end of WWII.

The 1947 Treaty of Peace with Italy (art. 21) establishes the new State under a provisional regime of Government. Annexes VI, VII, VIII, and X provide its basic law.

“A free port shall be established in the Free Territory and shall be administered on the basis of the provisions of an international instrument drawn up by the Council of Foreign Ministers, approved by the Security Council, and annexed to the present Treaty (Annex VIII).

The Government of the Free Territory shall enact all necessary legislation and take all necessary steps to give effect to the provisions of such instrument.”

The official version of this Treaty of Peace, in English, French, and Russian, as well as an unofficial Italian version, is No. 747 of the United Nations Treaty Series – U.N.T.S. Vol. 49: HERE

Since 1954, the British and U.S. Governments have sub-entrusted the Italian Government with the temporary civil administration of the present-day Free Territory. The MoU regarding Trieste does not affect the State’s independence (see: US Department of State).

The Free Trieste Movement is actively raising awareness about the legal status, economic opportunities, and potential of this little European State.

In October 2014, following a notice of default to the administering Italian authorities (LINK), Free Trieste addressed a formal notice to the Italian Government from Vienna (LINK).

The document explains and clarifies the Free Territory’s legal status and the international Free Port’s. It does also include a draft decree for the administering Italian Government to enforce arts. 1 to 20 of the aforementioned Annex VIII.

This would re-establish the international Free Port’s correct management: LINK

Instead, the Italian political establishment continued its attempts to suffocate this unique Free Port for the advantage of Italian ports, including some of those under organized crime’s control.

On this topic: “The Italian sabotage of the strategic ports of Trieste and Koper“ on “La Voce di Trieste”.

In late 2014 – 2015, the operation to eliminate the Northern Free Port (surreptitiously called “Porto Vecchio” or “old port”) progressed with an illegal attempts to cancel the area’s legal status. Free Trieste reacted with warnings and actions before the Land Registry Office.

Newspaper “Il Corriere di Trieste” commented and translated “The decree about the administrative management of the international Free Port of Trieste“.

In late 2018 Gas Natural finally gave up on the Trieste LNG terminal project.

The civil lawsuit initiated by the I.P.R. F.T.T.

In January 2020, the International Provisional Representative of the Free Territory of Trieste – I.P.R. F.T.T. summoned before Court the Italian government, some of its Ministries, and some of its bodies, including the Port Authority and the Municipality of Trieste.

They are accused of violating the Free Territory’s and its port’s legal status and tax system. The lawsuit does also challenge the enforceability of the Italian Government’s agreements with the People’s Republic of China in the Free Territory of Trieste: LINK

Indeed, the 2019 Italian-Chinese agreements don’t only constitute a breach of the Treaty of Peace (Annex VIII, art. 3.2), but also a serious strategic risk: Trieste, together with the nearby ports of Koper – Capodistria (Slovenia), Rijeka (Croatia) and Ploče (Bosnia) is the southern wing of the US-backed Three Seas Initiative (TSI, see map above).

The TSI includes many Central European States that are already entitled with special rights over Trieste’s international Free Port.

Free Trieste’s press releases regarding Trieste’s International Free Port, its potential, tax advantaged, and the Movement’s actions to defend it are HERE 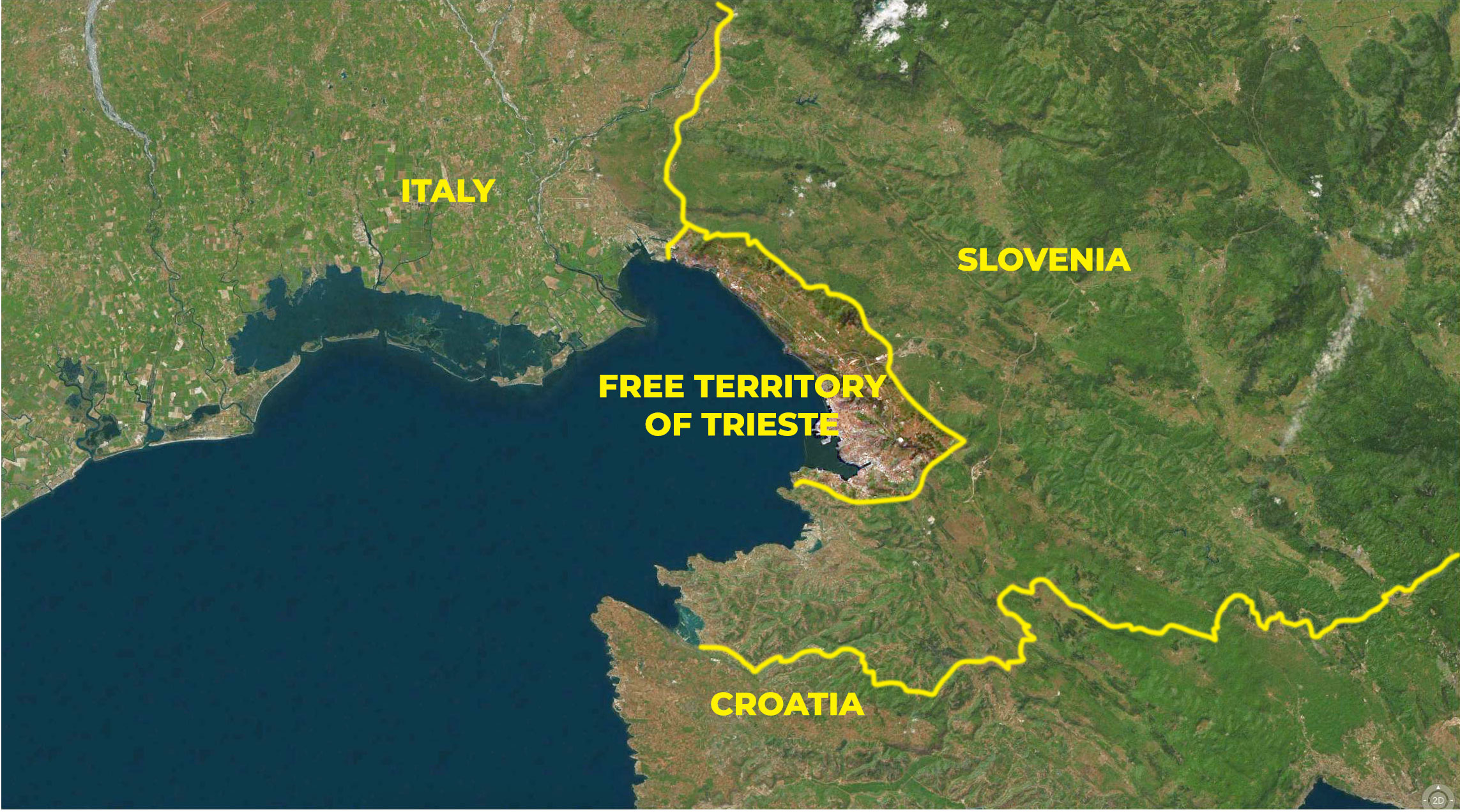 The present-day Free Territory of Trieste borders with Italy and with Slovenia: