On Sunday, November 18th, and on Wednesday, November 28th, Free Trieste organized two demonstrations to show that the people of the Free Territory of Trieste don’t want some LNG terminal in their Gulf.

Spanish company Gas Natural proposed the project, and both the Italian Government and local Triestine authorities support it vehemently. However, they want to build the LNG terminal in the international Free Port of Trieste, a State corporation of the Free Territory of Trieste under the 1947 Treaty of Peace.

More than 1000 people, despite the rainfall, marched in the city (they were 1500 according to the local police) standing for the inviolability of Trieste’sinternational Free Port.

Under the 1954 MoU regarding the Free Territory of Trieste, the Italian Government is responsible of administering the present-day FTT and maintaining Trieste’s international Free Port. Blocking it with some dangers LNG Terminal is out of question.

Indeed, Trieste does not belong to Italy. It is a State with its own laws, under the UNSC’s own protection thanks to Resolution S/RES/16 (1947) and its international Free Port is permanently placed at the international community’s service, without discriminations.

Trieste’s people are becoming aware of their own rights. They are citizens of the Free Territory. This is why they are joining Free Trieste’s legal and civil battles.

Our city-State has the only international Free Port in the world. Trieste must become the European Singapore, providing jobs and opportunities to all States.

What we stand for is simple, and we won’t take anything less: Trieste calls for the rule of law.

We want to be free from illegality.

We stand with the law. 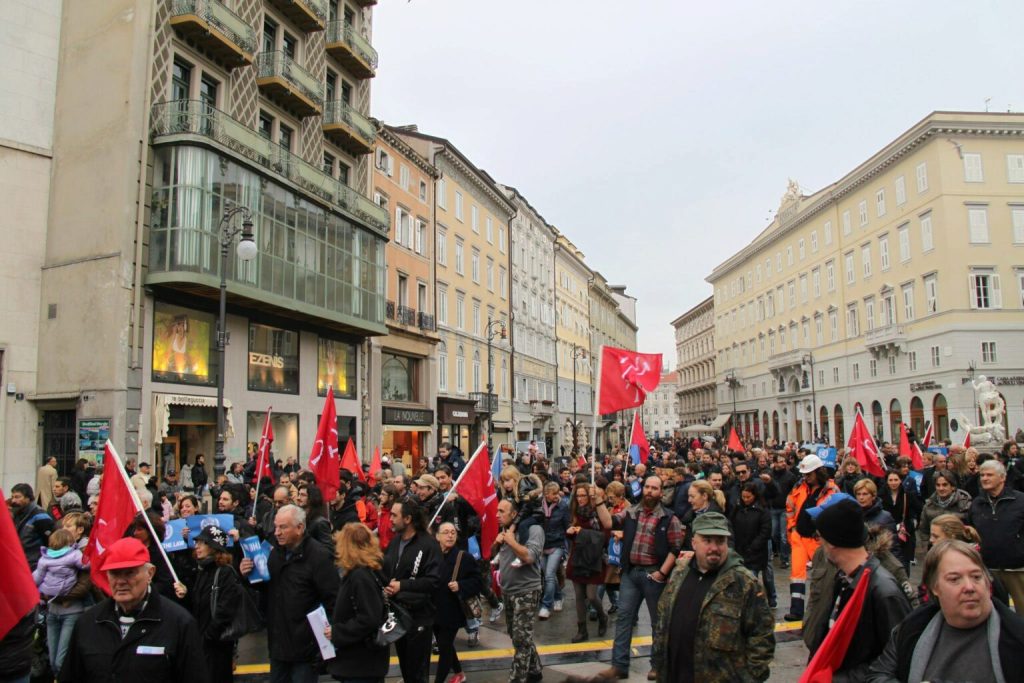 28 November 2012: Free Trieste and others demonstrate against LNG terminals in Trieste in front of the City Council.