Free Trieste warns and denounces to the Anti-Mafia Directorate the Italian authorities that attempt to sell half of the international Free Port for housing and building speculations worth EUR 1,5 billions. 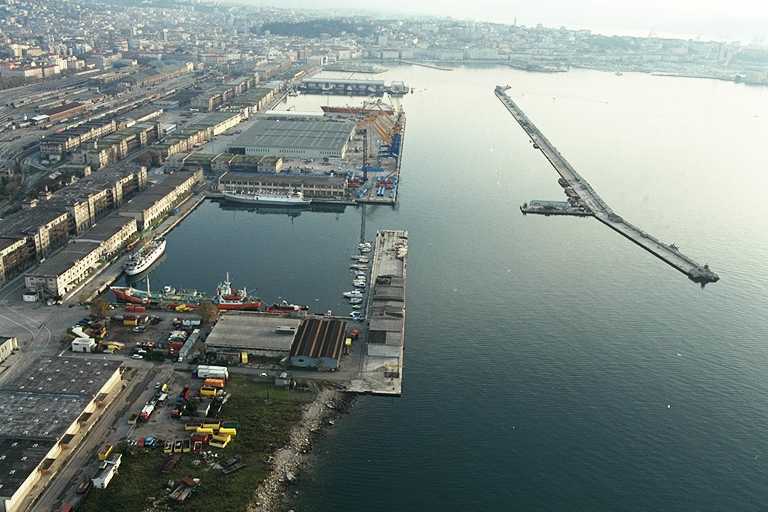 Trieste, May 7ᵗʰ, 2015. – Yesterday (5.6ᵗʰ) the Free Trieste Movement notified a warning and complaint to the local representatives of Italian authorities.

On April 28ᵗʰ, those representatives signed an agreement about the biggest part of the functional, bound complex of the international Free Port of Trieste: the Northern Free Port.

Their goal is removing the Northern Free Port from State Property, urbanize it, transfer its ownership to the Municipality of Trieste, and then sell it off for a private building and housing speculation.

The authorities in question are: the Agenzia del Demanio italiano (Italian State Property Office), the Municipality, the Port Authority, the Public Works Department, the Region, and Trieste’s Maritime Directorate.

They justify their actions with sub-paragraphs 618, 619 and 620 of the Italian financial law for 2015. It is the amendments introduced in the law by senator Francesco Russo (PD) on December 23rd, 2014.

Indeed, the ownership title is the Treaty of Peace with Italy of February 10th, 1947, in force. The Treaty prevails on domestic Italian laws by virtue of the laws that ratify and enforce it, as well as establishing the rights of many other States over the Free Port.

This is why Free Trieste is warning those authorities against continuing their operation against the Northern Free Port.

The operation is illegal, none of the authorities involved has a legitimate ownership title over the  port area in question. Free Trieste wants to  put an end to what it calls «a massive fraud» and «under anti-mafia questions» organised by «a transversal consociation of illegitimate interests»  which is causing a severe damage to local and international economy.

The act was sent to the ordinary Public Prosecution and to that at the Court of Auditors, to the Commissioner of the administering Italian Government, the DIA (Direzione Nazionale Antimafia – National Antimafia Directorate),  and the Autorità Nazionale Anticorruzione (Italian Anticorruption Directorate).

Furthermore, the document’s English version was sent to the representatives of the States and of the enterprises holding rights and legitimate interests over Trieste’s international Free Port.

This is the original document, in Italian and its English version.