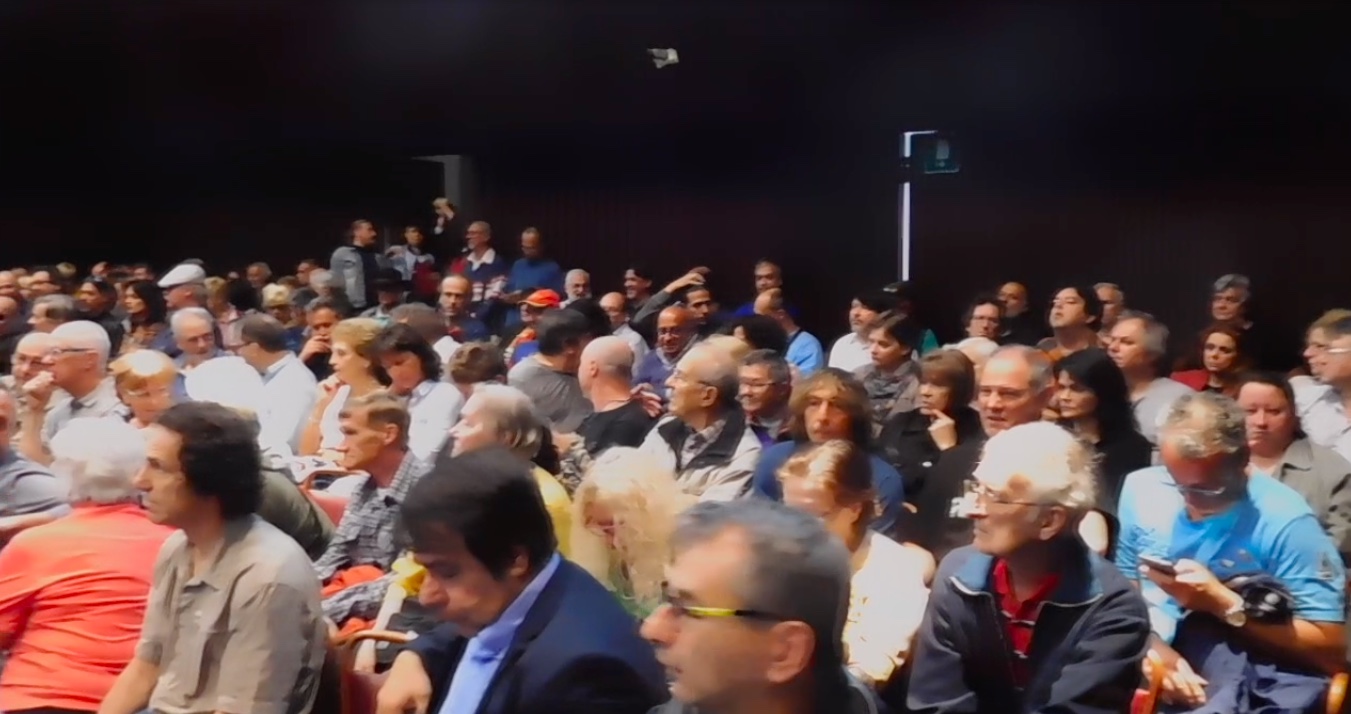 Some of the many citizens of the Free Territory of Trieste who joined the civil lawsuits initiated by the I.P.R. F.T.T. in the Court of Trieste

The future of the Free Territory of Trieste, of its citizens, and of its enterprises depends on the correct enforcement of its independent taxation and on the correct administration of its most important State corporation: the international Free Port.

And this is the goal of the three lawsuits initiated by the I.P.R. F.T.T. and supported by Free Trieste, which organized more than 1600 adhesions from citizens and enterprises: obtaining that the Italian Government complies with its obligations as temporary civil administrator of the Free Territory of Trieste, a role entrusted to it by the Governments of the United States and of the United Kingdom on behalf of the United Nations.

This is the rule of law: history however shows that, taking advantage of the tensions of the Cold War and then of the dissolution of Yugoslavia, the Italian Government allowed that its bodies and officers, instead of ruling the Free Territory of Trieste and managing the international Free Port according to the law (the 1947 Treaty of Peace provides very detailed instructions about their Provisional regime of Government) simulate the sovereignty of the Italian State forcing on Trieste, for example, the burdensome taxes of the Italian Republic, or the elections of that country, thus suppressing the legitimate representation of its citizens.

And it is right the three lawsuits initiated since 2017 bu the I.P.R. F.T.T. to re-establish the legitimate taxation, to declare the inapplicability of the Value Added Tax – VAT of the Italian State to Trieste, and, finally, for the correct administration of the international Free Port of the Free Territory that are finally making it possible discussing the question with the administering Italian Government itself (LINK).

Because until now, when it comes to the question of the Free Territory of Trieste, both its supporters and its opponents merely discussed it in political terms, while in truth it is a legal question.

This is the way opened by the Free Trieste Movement (LINK) which, as early as it was established, refused to get lost in the dead-end that are parties and election (which, again, are summoned with illegitimate Italian laws instead of under the legitimate laws of the Free Territory), and focused on the analysis and on the study of the law, consolidated in 2013 in a first, although embryonic, “Claim and Notice of Default” the first legal document (since 1954!) to review the obligations of the administering Italian government, to punctually denounce their violations, and to suggest prompt solution to re-establish the rule of law.

Among the current three lawsuits, it is especially relevant the action for the re-establishment of the correct administration of the international Free Port, which legally can only exist as a State corporation of the Free Territory (LINK).

The question of the Free Territory of Trieste and of its rights is more relevant than ever now that, not without the “help” and “suggestions” of the Italian nationalistic camorra from Trieste, the Italian Government is attempting to hand over the international Free Port of Trieste to the People’s Republic of China, which would make it one more terminal of the “Silk Road”, the geopolitical project with which that Asian power is attempting to get its way in Western States, subjugating them with its economic (even with substantial debts) and military power.

Yet the position of Trieste, with its port in the heart of Europe, is a strategic one not only for the PRC’s projects to extend its power, but also for the Euro-Atlantic interest to maintain firm control of the area, for example, with the Three Seas Initiative, promoted by the United States and involving the States of Central Europe between the Baltic, the Adriatic, and the Black Sea.

The long “freeze” of the economic and political rights of the Free Territory of Trieste, now more than ever, does not only regard the relations between the people of the administered State and their sub-administering Government: it involves the interests and rights of the whole international community, which not only was deprived for decades of the chance to legitimately use the only international Free Port in the world, but is now risking to have it turned into an outpost of the PRC within the heart of NATO and of Europe, which is itself facing a serious economic crisis also due to the covid-19 pandemic.

It is finally time for the anachronistic and harmful simulation of Italian sovereignty over Trieste and over its international Free Port to be ended, and the Italian Government is the first authority responsible of doing it.

Because the “system” of corruption that rules over Trieste from behind a curtain of Italian nationalism has become a destabilizing factor, because, after spending decades parasitizing the degradation of Trieste, is now attempting to ultimately consolidate its power sabotaging the international Free Port of Trieste, painted as a deadly competitor to the Italian ports, while in truth Italy and its enterprises are among the many subjects to which the 1947 Treaty of Peace grants specific economic rights, therefore, they would actually benefit from its complete activation.

It is the perfect time to re-establish the role of law: on one side, the US expressed itself against the entrance of the PRC in the international Free Port of Trieste and against the agreements-traps already signed, on behalf of the Italian Government, by the illegitimate President of the Port Authority, Zeno d’Agostino (LINK).

On the other side, there are the lawsuits initiated by the I.P.R. F.T.T. and by Free Trieste, with prove the will of the people and of the enterprises of Trieste to obtain respect for the rights of their State, the Free Territory of Trieste, even for the advantage of the whole international community.

This is the awakening of legality in Trieste, after decades of false hopes and trust in a local political system that is made of abuse and wrongdoings (LINK). And it is this new fighting spirit, embodied by the “revolutionaries of legality” who support those lawsuits to represent a strong, positive signal for the future of Trieste, because history is returning to change our destiny and, this time, we must be there to answer the call.