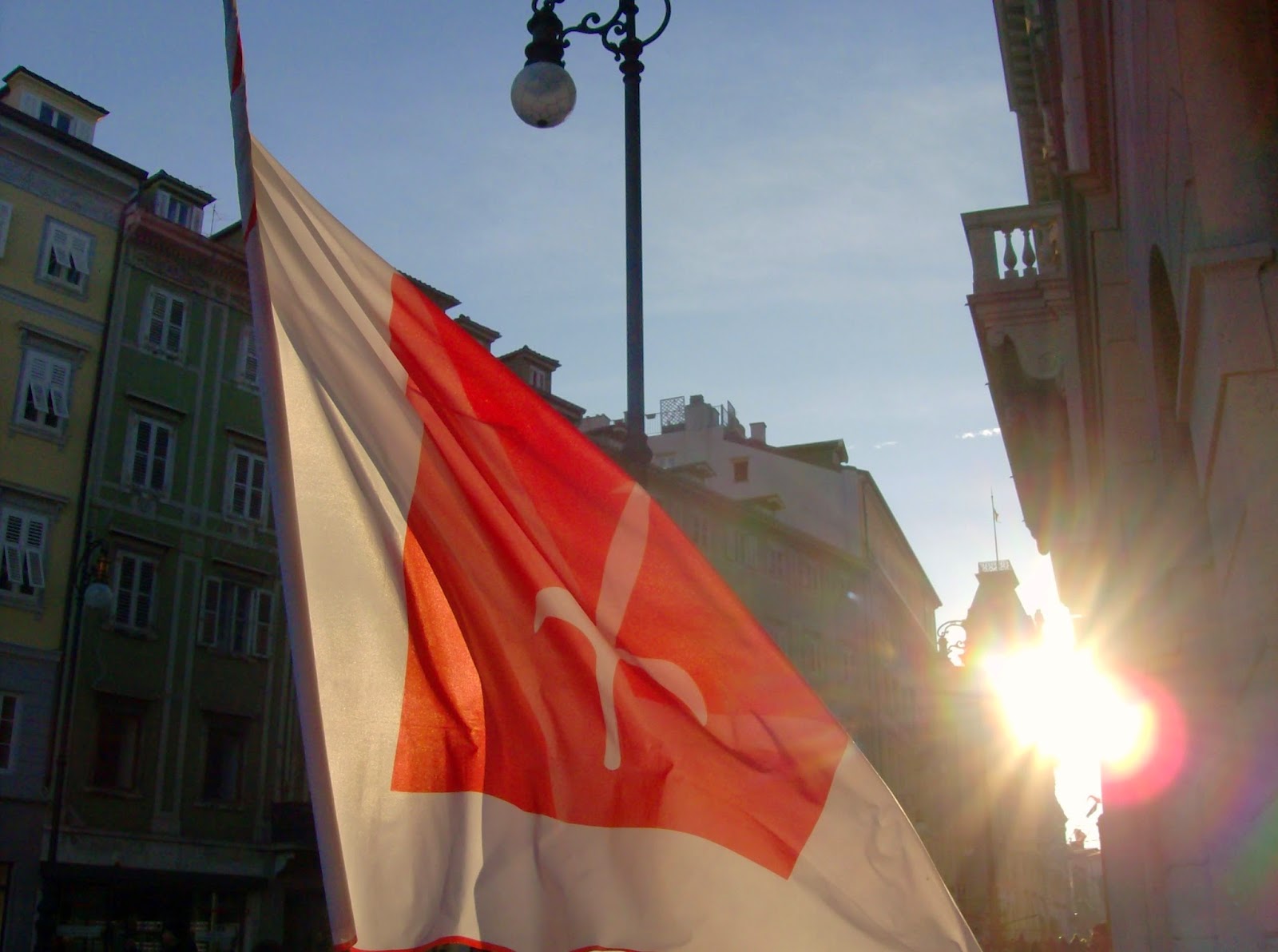 Trieste, the capital city of the Free Territory of Trieste, is still way too contaminated with fascism.

Behind the façade of the official commemoration of the 80th anniversary of the proclamation of Italian racial laws (LINK), Trieste remains the cesspool of Italian fascist nationalism. With the support of a fake left wing, itself fond of Italian nationalism. And of the Italian Government, regardless of the ruling party.

It is enough reading the decisions of Italian magistrates who served in Trieste, exercising the illegitimate jurisdiction of the Italian Republic, until the opening of the legal question of the Free Territory of Trieste. Magistrates who, after being informed of their duties, continued to simulate the sovereignty of the Italian State in open breach of the laws they were called to enforce.

And this alone identifies a new nationalism, legacy of fascism. A nationalism that the international community tolerated during the Cold War, to preserve the fragile balance between the Western bloc and of the Soviets, only, as decades go by, it is becoming more and more anachronistic, to the point it has become itself a destabilizing factor.

Going as far as to be willing to undersell to the mafias the only International Free Port in the world, State corporation of the Free Territory of Trieste protected by Free Trieste and by the I.P.R. F.T.T. (LINK).

This means the defence of the FTT is a stand for legality to prevent the subversion of international law attempted, jointly, by the many epiphanies of the Italian State serving in Trieste, in breach of the 1947 Treaty of Peace and of the laws of the Italian State itself which implement and enforce it (LINK), and also in breach of the mandate of temporary civil administration over the Free Territory of Trieste, sub-entrusted to the Italian Government by the Governments of the United States of America and of the United Kingdom since 1954.

It is a long list that of the supporters of the “subversive Italian nationalist movement” against the Free Territory of Trieste; in includes magistrates. Because, to simulate its sovereignty, Italy needed a “judicial” branch: the so-called “independent” magistracy.

And, in order to be in power, the members of this “subversive Italian nationalist movement” occupied all ganglions of public administration (LINK). An “ethnic cleansing” that would have meant the end of Trieste and its port. Like a cancer, that devours you until you die: this is what Italy has long been for Trieste.

But the people of the Free Territory of Trieste are no longer willing to wait for that slow and inexorable death, placed upon them by the ones who are trying to take away their future, and they are fighting to re-establish that rule of law that means independence.