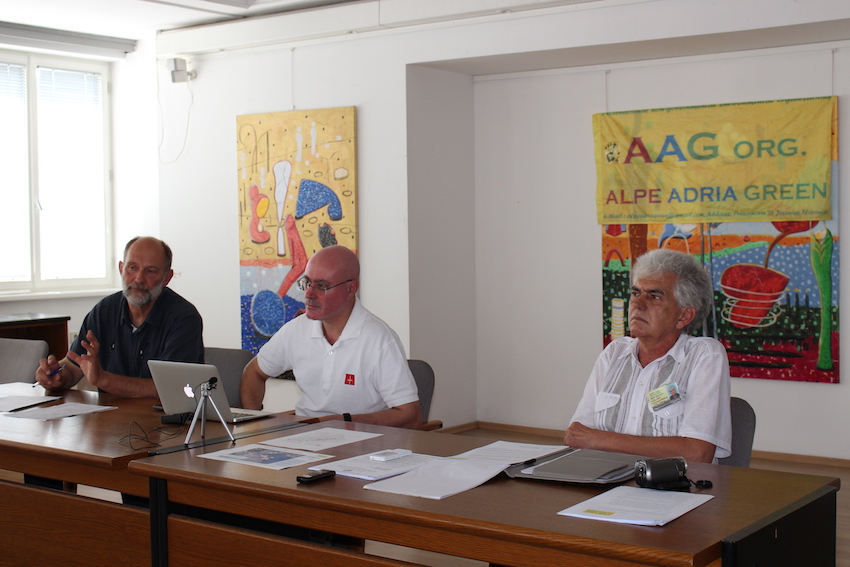 In 2009, Alpe Adria Green started denouncing before European authorities Gas Natural’s unacceptable LNG terminal. AAG addressed the European Commission, the European Parliament, as well as Slovenia’s Government. It was the decisive action to stop Gas Natural’s two projects: with Italy’s support, Trieste’s Gulf was threatened not by one, but by two LNG terminals.

Recently, Spanish company Gas Natural renounced to both LNG terminals. Trieste and its gulf are safe. Indeed a good sign for the future of Trieste’s international Free Port.

After 15 years, Gas Naturals throws in the towel, ultimately surrendering to the impossibility of completing its controversial project. Of course, now everybody claims some degree of opposition to the LNG terminal(s), but the truth is very different from that.

Gas Natural received all imaginable support from Italian politics, because its terminal(s) would have ended Trieste’s Free Port, turning its southern sector (the New Free Port) into a fuels port, all while the same politicians planned the destruction of the Northern Free Port (the so-called “old port”). In their mind, the Northern Free Port must become an urban area, in a massive housing speculation.

Trieste owes the averting of Gas Natural’s LNG terminal to the people’s firm and strong opposition and to AAG’s fundamental role. Indeed, it was Alpe Adria Green, environmentalist movement based in Slovenia, to successfully involve public opinion, finally convincing the Slovenian Government to voice its opposition to both LNG terminals in the Gulf of Trieste.

Slovenia’s role proved decisive once again before the authorities of the European Union, where the dispute with Italy on the project caused one of the very first transboundary clashes between Member States.

As one of AAG’s members, I played a direct role in this long action in defense of the environment and of the citizens.

The European Parliament discussed my petitions regarding the breaches of European and International Law. Including those addressing the international Free Port’s legal status: indeed, Italy has no authority to force some LNG terminal in Trieste because that is not only outside of Italy, it doesn’t belong to the European Union either.

Indeed, the international Free Port it is a State Corporation of the present-day Free Territory of Trieste.

The great importance of AAG’s role in this hard stand for legality is once again clear judging from the many complaints it received from Gas Natural.

In truth, they had for denounced to public opinion the forges within the Environmental Impact Assessment approved by the Italian Ministry of the Environment. Forges that were never questioned by the local Italian bodies (Region Friuli Venezia Giulia, the Municipalities).

The accusations against the three of AAG’s representatives melted like snow in the sun. The Court found environmentalists who stood with no fear despite the Mafia-like threats they received (as for me, I had found the head of a goat on the doorstep) denouncing to public opinion a scandalous case of the Europe-wide corruption not guilty.

And it is from this battle in defence of the environment that starts the very legalitarian action thanks to which the question of the present-day Free Territory of Trieste is open once again.

This is the story I told in the very first post of this blog of mine: LINK 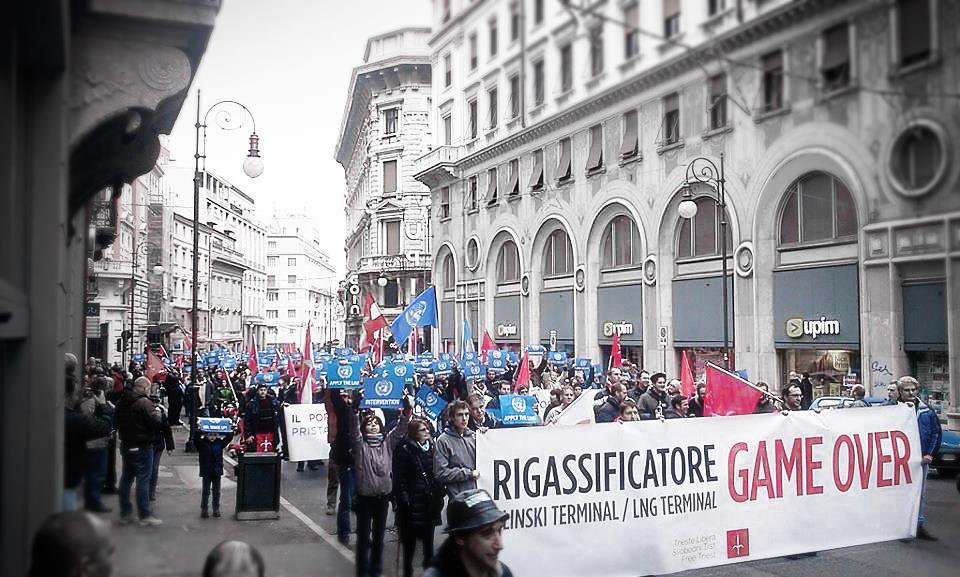