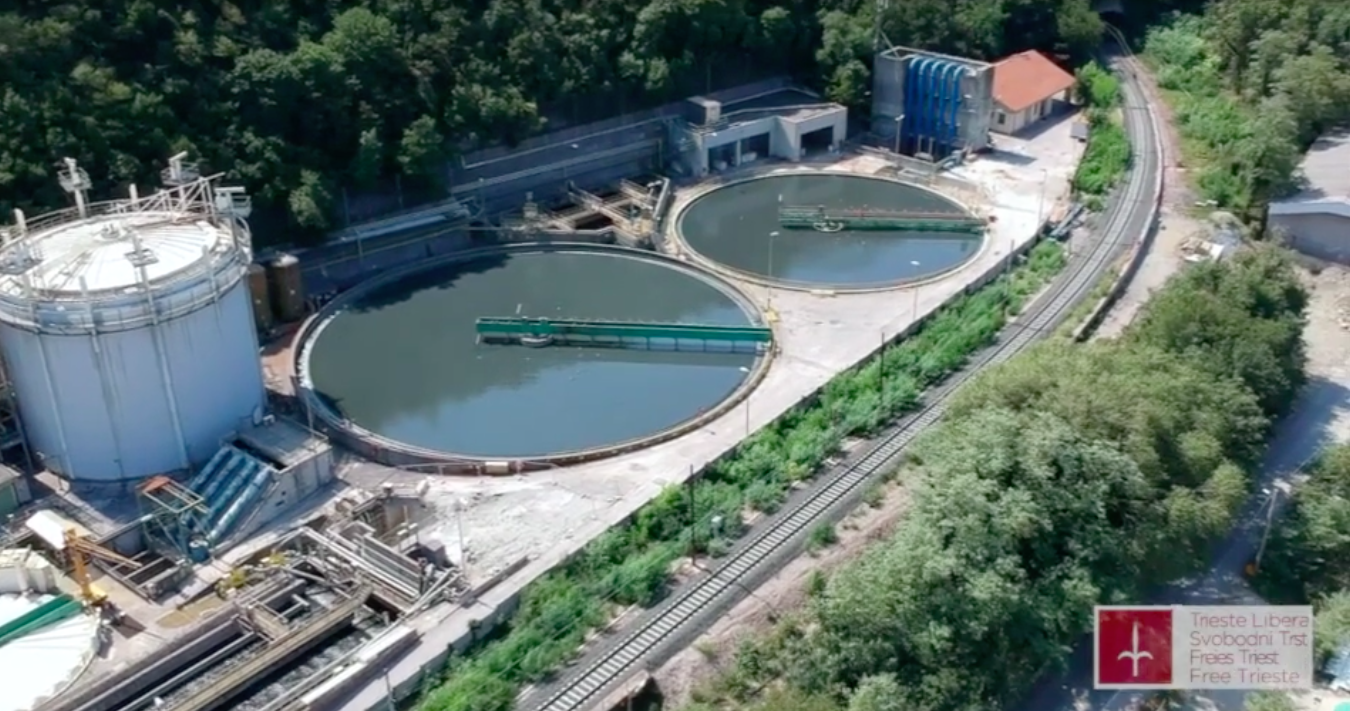 The lives of Paolo Sardo e Stefano Miniussi, two young Triestine men, ended on 8 October 2001. They were workmen in charge of the maintenance of the sewage treatment plant in Servola.

Their story is that of a tragic sacrifice that revealed a shameful circumstance that was hidden by the criminal system that rules over Trieste: the main sewage treatment plant (STP) of Trieste had been tested and had been put into operation without an important sector for the treatment of wastewater.

Case in point, this STP was missing the biological wastewater treatment and this, along with the lack of a tertiary treatment,  thus nitrate reduction and denitrification, making it unsuitable and inefficient.

Essentially, instead of discharging in the sea purified water, the Servola STP was uninterruptedly discharging sewage with organic compounds in it.

And the consequence of this design flaw made maintenance of this STP even more dangerous for the workmen that had to descend in the sedimentation tanks, because they risked to encounter the dangerous gasses released during decomposition. And this is what had happened to Paolo Sardo and Stefano Miniussi.

The biggest and most expensive STP in Trieste was just a bluff, hidden by entangled disinformation, for years, made it believe the new STP was a great technology that protected both public health and the environment.

But the truth is, as demonstrated by the tragical accident that costed the lives of two workmen, the authorities had allowed, even authorized, widespread pollution that affected the whole ecosystem of the Gulf of Trieste, damaging also Slovenia and Croatia.

The serious liabilities of the whole Administration of the City of Trieste, of company ACEGAS that managed the STP on behalf of the Municipality, as well as all supervisory authorities that eluded their responsibilities.

The criminal investigation that followed the death of the two workmen could have helped to do justice, out of respect for the victims, against this public system of corruption. But things turned out differently, the “system” defended itself.

Pressing on the families of the victims was very strong. Going through would have meant investigating years of institutional wrongdoings: everyone was guilty.

So it was necessary covering it all up, saving the Municipality of Trieste and the ACEGAS, instead, putting all the blame for this mortal accident at fork on company CREA, based in Milano, which had taken care of the maintenance of the STP.

It was two managers of the CREA to be convicted for Paolo Sardo’s and Stefano Miniussi’s death: 1 year imprisonment, with suspended sentence. A very mild punishment, just to show that “justice” was served.

The families of the victims received a compensation, and the scandal of ghost STPs (LINK), as well as that of the related network of corruption, was covered-up, saving the local political establishment.

And it would have ended like this. The system of corruption that rules over Trieste had proved once again that not even judicial authorities can scratch it. Things like this don’t even happen in the lands where the Mafias enjoy the greatest power. Despite that human sacrifice, the STPs that were poisoning the Gulf of Trieste, and thus the people, would have continued to pollute.

The uncontrollable variable was me. I had followed the court proceedings, and decided to not give up as I faced something that disgusted me. To me, it was impossible accepting all of this, accepting to surrender to mafia-like arrogance. But I was against everyone else. Including the judiciary, because orders from above called for silencing the whole thing.

Because it was important leaving the regime that the Italian Government had allowed to settle in this land and to administer it like a colony in absolute peace. I was alone, facing the enemy. It is one of those situations in which one must really call all of their strength. Because you keno your whole life will be signed by what you are about to do.

I kept going, regardless to threats and pressing, because I knew I was doing the right thing. Also in the name of the two men who had died, because everyone seemed to have forgotten, but not me. So I presented a complaint before the European Commission and before the European Parliament, denouncing cross-border pollution caused by malfunctioning Trieste STP, breaking through the connivence that, until that day, had protected the business of ghost STPs (I describe this action before EU authorities HERE).

In 2009, petition 1459/07 caused an infringement procedure against Italy. And it was due to this complaint that the European Union ultimately ordered the construction of a new STP in Servola, the one that costed EUR 52.5 million, as well as the renewal of the whole system for the treatment of waste water in Trieste.

It was all because of that sacrifice that someone has not forgotten. 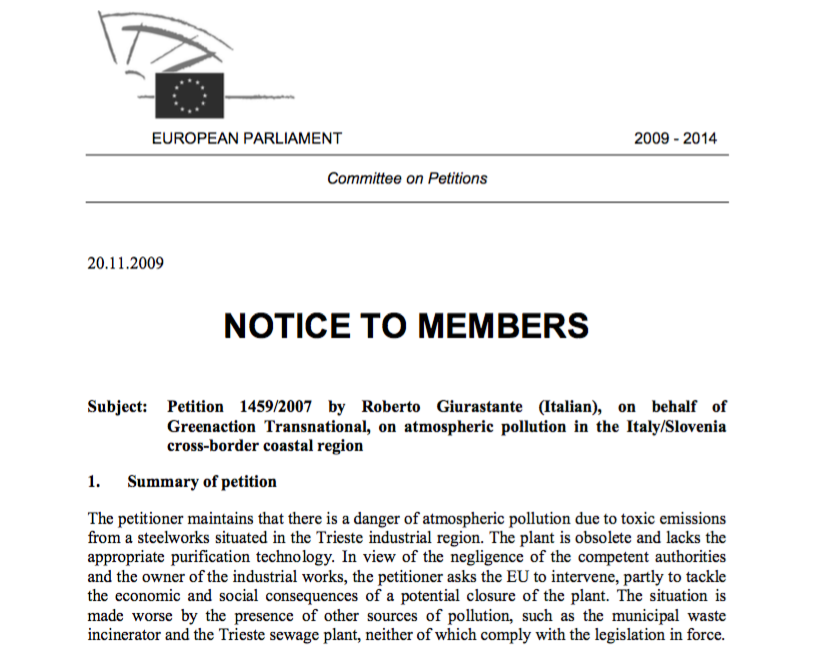