Börsen-Kurier: about the Free Territory and Free Port of Trieste

We publish, as a translation, from Austrian economic and financial weekly newspaper “Börsen-Kurier” No. 46/2015 of 12 November 2015 (see PDF: BK46_2015_Buch4) the article of liberal economic and political journalist Tibor Pásztory about the situation of the international Free Port of the Free Territory of Trieste.

With the inspiring title “Die Unbekannte Größe“, which recalls the novel with the same name by Hermann Broch, Pasztory draws the attention of the investors on the fact that Trieste is under Italian trusteeship, but does not belong to Italy, as well as the fact that the international Community of States has special rights over its Free Port.

Visit to the Free Port of Trieste 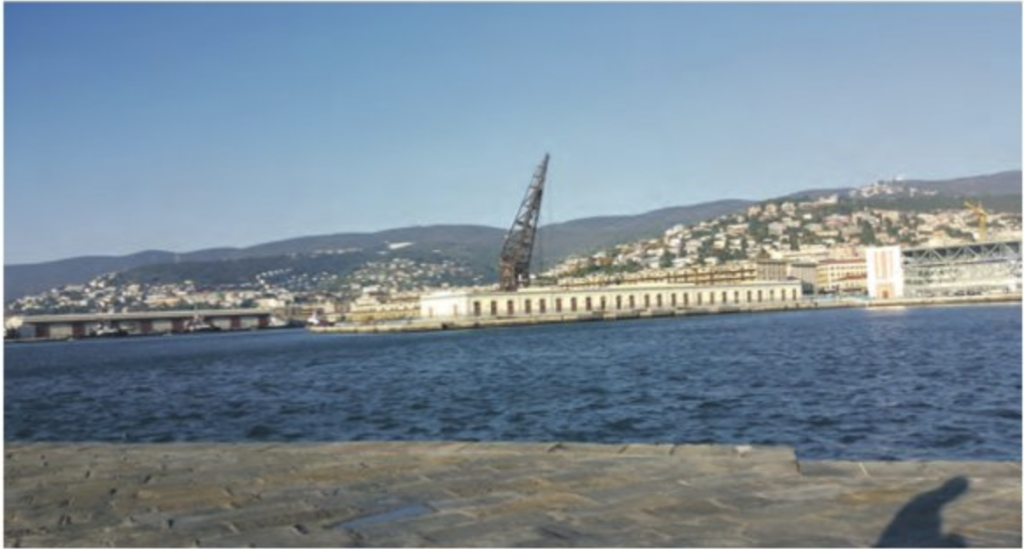 The Free Port of Trieste might receive new growth impulses from the construction of the second Suez Canal. But there is a controversy about who is truly entitled to administer the Free Port.

The Adriatic city of Trieste has a troubled past behind and, possibly, also the future that awaits it is not different than that. Austrian from the XIV Century to 1919, after World War I it was assigned to Italy to be detached from it once again after World War II by the victorious Allied Powers with the Treaty of Peace of Paris of 1947. This is how the city, as “Free Territory of Trieste”, became an independent State and territory under special trusteeship controlled by the UN.

Since it was soon clear – and not surprising – that is was not so easy administering the city from New York, in 1954 with the Memorandum of London, the Territory was divided in Zones A and B, administered through Italy and Yugoslavia. But neither State received sovereignty over those zones.

While Zone B was settled by the International Community with the recognition of the borders of Slovenia and Croatia, the successor States of Yugoslavia, in 1991/92, formally, Zone A is still a territory under a UNO trusteeship mandate.

But Italy ignores this; therefore, all maps not showing the Territory under UNO trusteeship are actually wrong. The movement of citizens of Trieste “Movimento Trieste Libera” (MTL) struggles with passion for the recognition of the actual status of trust territory.

What makes the situation even more complex is that Zone A comprehends a Free Port, which exists since 1618, with an equally discussed status. While the new area of the Port is involved in the traffics of containers and oil, the older part is falling in ruins. But its reactivation wrecks with jurisdiction.

The Italian administration is inclined to use it for a residential urban project, but their jurisdiction is under question by those who oppose the project, since they support the re-establishment of its original destination instead. But the Free Port should be administered as a State Corporation of the Free Territory, not of Italy.

This given, the importance of the free ports within the European Union (according to the Movement, Trieste is not part of it due to the lack of an agreement of adhesion) has radically changed, as there are no longer customs within the EU.

The free ports of Emden and Kiel, which do themselves have a great tradition in this sense, were cancelled in 2010, but Bremerhaven and Cuxhafen are still in existence. The advantage does now consist in the reduced port fees and in the legal principle establishing that freight that enters a free port from EU countries is considered already exported.

Things are completely different for non-Member States of the EU. Just like in the past, they still benefit all tax and customs advantages, like import taxes in EU Countries postponed up to 6 months.

When it comes to the victorious Powers of World War II (!), but also for Austria and for the other successor States of the Danubian Monarchy, as well as for Switzerland (!), in Trieste they have the right, granted by the Treaty of 1947, to be represented in an International Commission for the administration of the Free Port.

Up to now, those requests bounce off Italian authorities. But the Movement is supported also from unexpected sides, like Czech environmentalist movements, which seem to have calculated that Czech exports through Trieste would reduce CO2 emissions respect to those trough the Northern Sea.

The discussion is even more supported since the construction of the second Suez Canal, through which the freight trafficking to Europe could recede growing impulses. The shortest route to Mitteleuropa is across Trieste.

3 thoughts on “Börsen-Kurier: Vienna about the Free Territory and Free Port of Trieste”