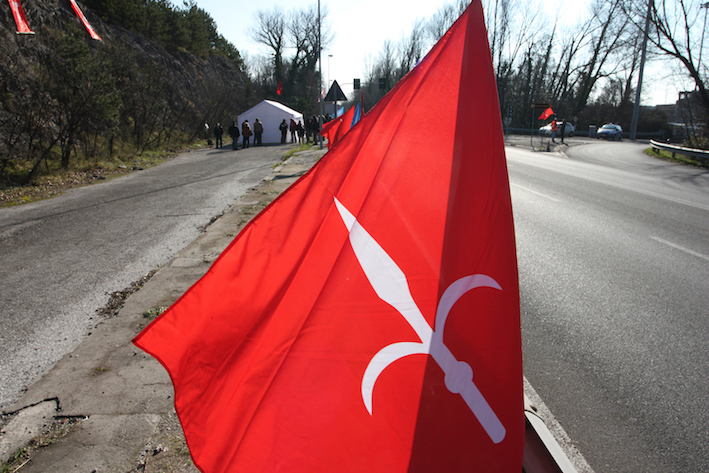 Hundreds of citizens presented specific acts to the Commissioner of the Italian Government, sub-entrusted with the temporary civil authority of the present-day Free Territory of Trieste, requesting the verifications and re-establishment, within 90 days, of the correct taxation of the Free Territory of Trieste and of its international Free Port, which the Italian Government had also committed to represent in foreign relations.

Three months later, and receiving no answer from the provisional Italian authorities, the new International Provisional Representative of the Free Territory of Trieste – I.P.R. F.T.T. was established.

It is an agency that acts upon direct delegation of citizens, residents and enterprises of the present-day Free Territory of Trieste on all levels in order to defend their rights from violations committed by other Countries and all their subordinate bodies.

Two years later (May 2017) the I.P.R. F.T.T. was also promoting the first legal action for determination regarding taxation (R.G. 1757/17) summoning before Court the Italian Government, its Ministry of Economy and Finances, its Tax Agencies, and the INPS (Italian National Social Security Institute), for establishing and collecting taxes in the name, on behalf, and in the budgets of the Italian State, instead of those of the present-day Free Territory of Trieste.

And in the following months, Free Trieste organized the adhesion of nearly 500 citizens and enterprises to the I.P.R. F.T.T.’s lawsuit.

The struggle of the citizens who request to pay the fair taxes of their own State to their own State proved the most decisive action for the absolute enforcement of the rights of the Free Territory of Trieste. And it is also fundamental to grant legal certainty in the international Free Port of Trieste, which can only exist as State Corporation of the Free Territory of Trieste (art. 2, annex VIII of the 1947 Treaty of Peace) at service of all States (LINK).

“No taxation without representation” was the title of my post of June 2015 in which I commented an important moment of our struggle, that revolution of legality that lead the first hundreds of citizens to exercise their right to pay fair taxes joining the campaign of fiscal liberation (LINK).

It was the motto of the United States of America’s independence that they were proclaiming. And those citizens were not afraid, not even then they, the very people calling for the law, were falsely accused of tax fraud by the very authorities that were treading law itself (LINK).

They were not afraid and did not give up because they are strong with their rights, which the Free Trieste Movement defended also denouncing those responsible of such unlawful claims: LINK.

Those citizens are holding their head high during the second, maybe last, hearing of the legal action on taxation of May 15th, 2018, before the Court of Trieste. And, until this date, many can still join them.

Those who stand for their rights until the very end are not subversive or tax frauds. Because not subversion or tax evaders. Because in Trieste the only ones avoiding the law are the Italian administering authorities.