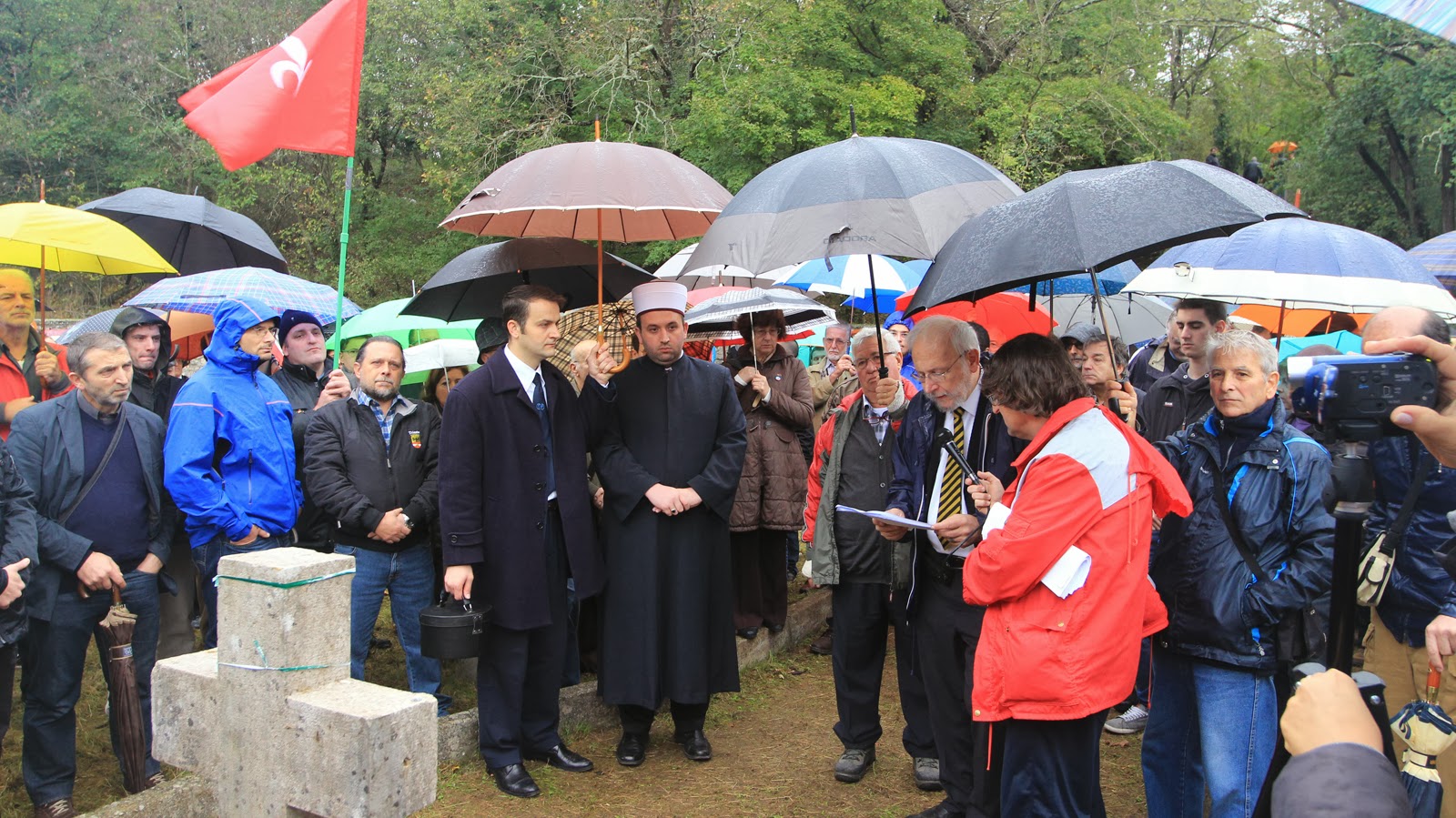 On Sunday, November 3rd, in the Military cemetery of Prosecco-Prosek (Trieste) took place the ceremony in memory of the fallen and fighters of Austria-Hungary. It’s been a moving ceremony, a day to remember. Only one week before the event, the cemetery was abandoned: Free Trieste’s volunteers cleaned it and embellished it.

The same day, others were celebrating the anniversary of the first entrance of Italian armed forces in Trieste, at the end of WWI. As always, the official Italian celebrations took place in the main square, Piazza Unità d’Italia (formerly Piazza Grande), with the usual parade of armed troops and representatives of the State. But the people were not with them.

Bersaglieri, arms in hand, stood in front of a small group of authorities, solemnly remembering what Italian historians praise as the completion of Italian national unity.

But it all happened in a big, empty square. This is how the majority of the people of Trieste feel about Italian parades and self-celebrations.

A few curious people, some nostalgic, this is all in a Big square made a symbol of a national Unity paid with the blood of other folks. However, under the falling rain, in the wind, in a small forgotten valley on the Karst, there were hundreds of people. People saluting their fallen, those who protected the Imperial port-city of Trieste by the nationalistic-risorgimental assault of the “young Italy”.

Fallen who represent the 13 folks of one multiethnic and multi-religious State. In a way, an anticipator and better version of the current, weak United Europe, which is tied together by trade and markets. 13 folks who, together, in the Imperial and Royal Army (K.u.K.) defended Trieste on the Isonzo and on Karst stone for four long years and with huge sacrifices.

In the cemetery were celebrated the rites of all six faiths of the fallen. The only religious authority was the Koper Imam, for the muslims. He remembered the many Bosniaken who fought in the 2nd and 4th Jager regiments who found glory on this battlefield. It was Paolo G. Parovel to pray for the Catholics, Evangelicals, Ortodox Serbs, Ortodox Greeks, and Jews.

On Sunday, in the Prosek Austrian-Hungarian military cemetery, we have seen the awakening of our pride of people among people, rediscovering our cancelled identity.

In this land made holy by the sacrifice of our ancestors, we find a way back to our future.