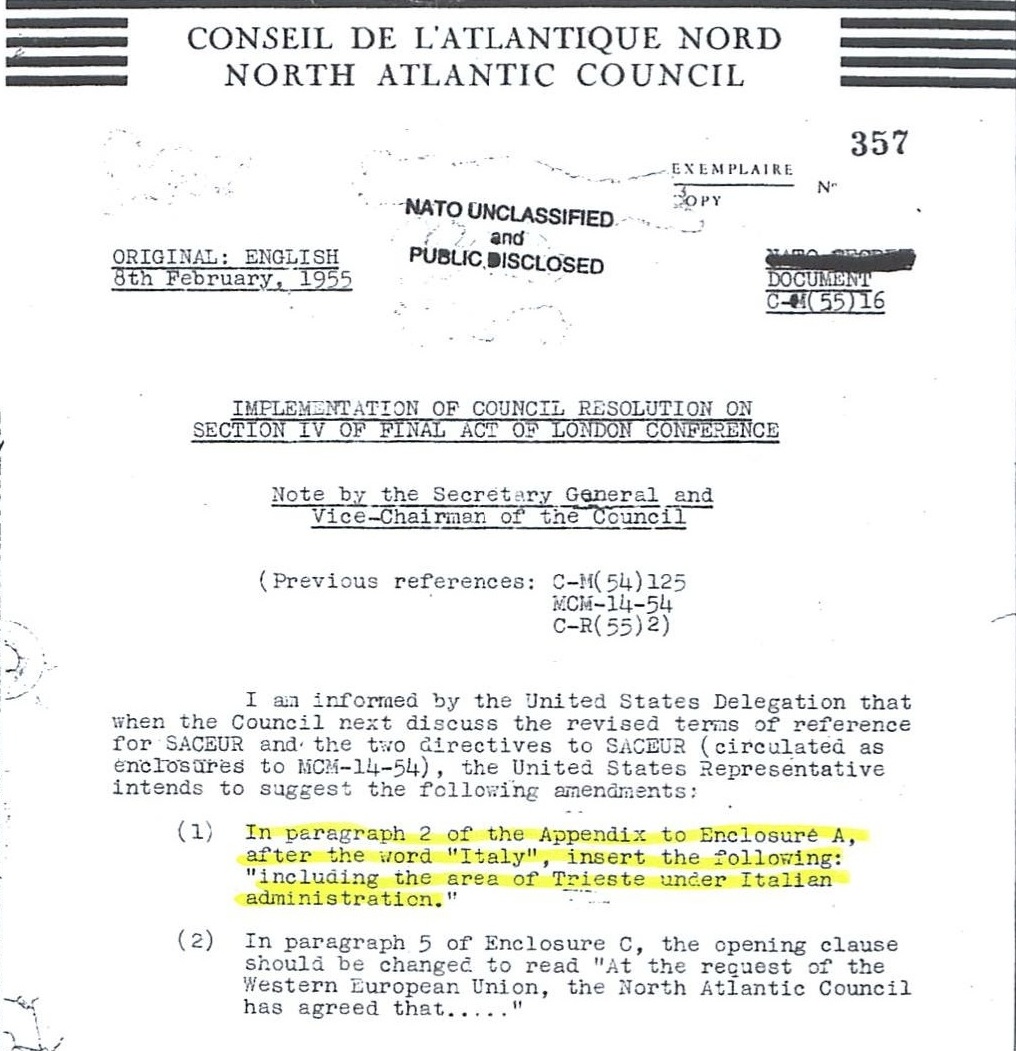 But at this point, who is to defend Trieste, considering that the 1947 Treaty of Peace establishes it as a neutral and demilitarized State?

Indeed, under the 1947 Treaty of Peace, Trieste is an independent State (art. 21) and the United Nations Security Council is responsible to protect it under its Resolution 16 of 1947, and this includes its neutrality and demilitarization (Annex VI of the Treaty).

During its administration, the A.M.G. F.T.T. exercised both obligations, however, the temporary civil administration sub-entrusted to the Italian Government includes none. The Governments of the UK and of the US remain Trieste’s primary administering authorities, but as their troops leave Trieste, the Free Territory needs a new shield against possible aggressions: that shield is NATO.

Indeed, Italian troops could not enter the Free Territory of Trieste without the consent of the Atlantic Alliance, and their presence within the State should have only granted the FTT’s existence.

This was exactly their duty, as NATO made evident as early as Italian troops entered Trieste: in February 1955, a classified communication includes the Trieste area among the “areas under responsibility of the Atlantic Alliance” because of the provisional “Italian administration”. 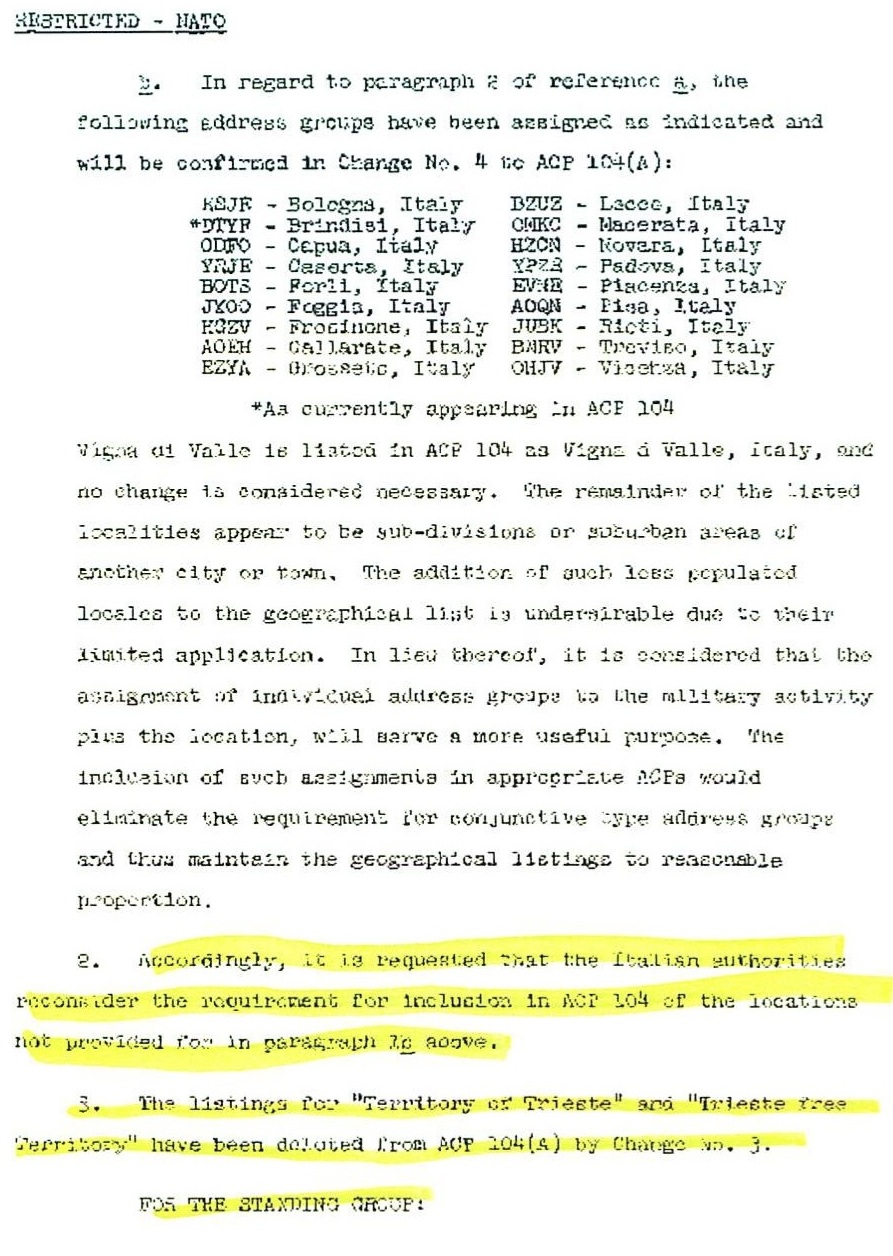 NATO’s only role is to grant the neutrality and independence of the Free State of Territory with its troops and, for practical matters, since Trieste’s provisional Government is that Italy, that duty falls on the Italian Armed Forces. NATO troops instead of the UN Blue Helmets, but with the same mission. 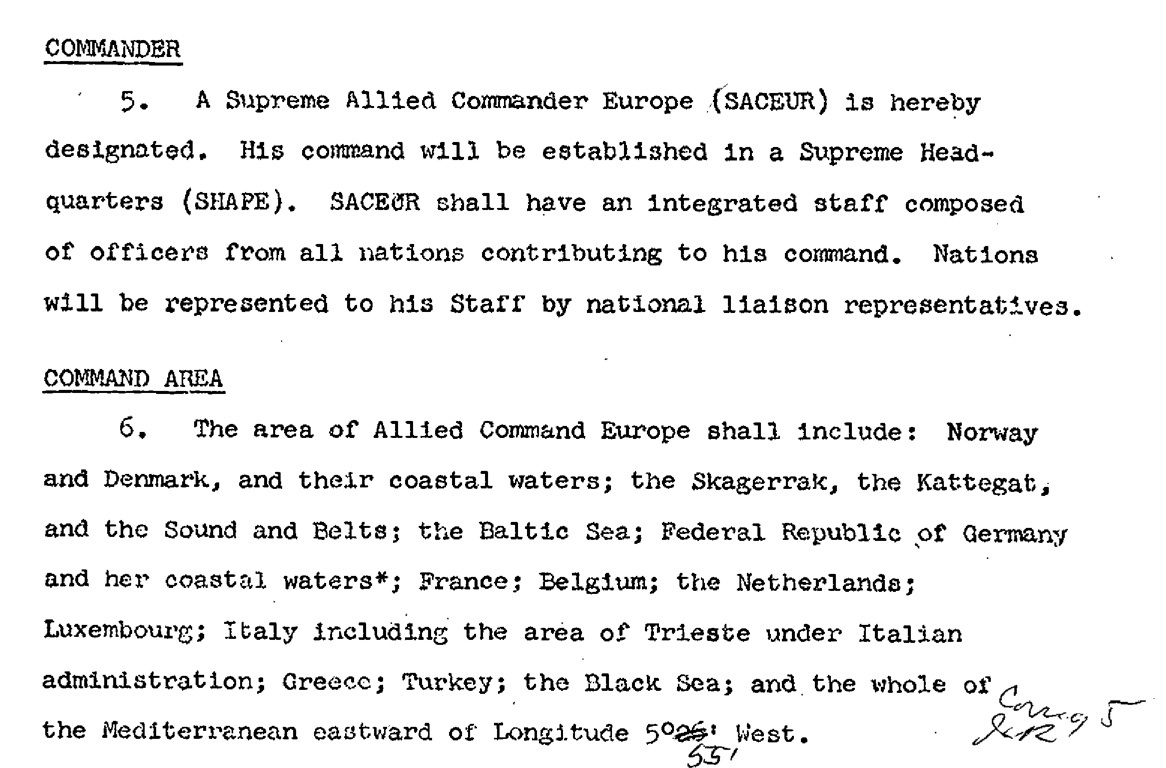