PRESENTED IN VIENNA, SENT TO ROME AND TO THE UN ON SEPTEMBER 9TH

Proposed the revocation of the mandate of trustee administration

The international Free Port of Trieste from above.

The international Free Port of Trieste is established with the 1947 Treaty of Peace with Italy as a State corporation of the Free Territory of Trieste (Territorio Libero di Trieste – Svobodno Tržaško Ozemlje).

Trieste is a State under guarantee of the Security Council of the United Nations. Since 1954, Trieste is sub-entrusted to the temporary civil administration of the Italian Government, bound to maintain its international Free Port in accordance with of the norms of the 1947 Treaty (Annex VIII – arts. 1 to 20).

Switzerland, Austria, Hungary, Czech Republic and Slovakia do also have the right to register their ships in special registers of the Free Territory of Trieste. Furthermore, they can have a set in the International Commission that management the Free Port of Trieste. Other members in the International Commission are France, the UK, the US, Russia (and other successor States of USSR), Slovenia (and other successor States of Yugoslavia), Italy, Poland.

But the Italian Government violates this international trusteeship mandate, simulating Italian sovereignty over Trieste, as well as paralyzing the Free Port and the rights of other States. Lately, Italian politicians started to attempt diverting the traffics of Central Europe to Italian ports. This operation would damaged not only the port of Trieste, but also Koper (Slovenia) and Rijeka (Croatia). See the image at the end of this article.

The Free Trieste Movement, the Triestine’s main political organization, has addressed to the Italian Government, to the United Nations, and to other concerned States a “Complaint and notice of default”. In 20 pages of analysis, the notice summarizes the Free Territory of Trieste’s legal and economies status, the Italian violations to the mandate, and Free Trieste’s requests. Since its presentation in June 2013, the document has received the silent but increasing attention of international diplomacy.

The new «Formal Notice» proposes the correct procedures and a draft decree for the administering Italian Government to re-establish compliance with the international mandate at least in regard to the Free Port.

During the Movement’s press conference in Vienna, held in “Karl Kraus” conference room before the Hofburg, speaker Paolo G. Parovel clarified that Free Trieste has no territorial claims agains Slovenia or Croatia. He then requested the immediate application of the Free Port regime and the consequent rights for both Trieste and the International Community. Finally, he also called for all political and diplomatic support, including that of the press, to archive the re-establishment of the rule of law.

Official agency APA has already informed more than 14.000 world-wide addresses about Free Trieste’s press conference in Vienna. During the event, 375 journalists and embassies received Free Trieste’s documents (in English and German). The press digest confirms that the documents rose much interest.

The President of Free Trieste, Roberto Giurastante underlined that the Movement’s representatives in Austria are increasing and working very well. Also, Trieste is no longer isolated: for the first time since 1954, it is receiving international attention on serious juridical and economic grounds. Free Trieste developed the Vienna press conference as part of its unprecedented political-diplomatic action.

The Movement is releasing further information to the Triestine media during a press conference next Friday, September 12th, in its piazza della Borsa 7 office. Only journalist can attend the Trieste press conference.

This website is soon to publish the documents presented in Vienna (in German, Italian and English). 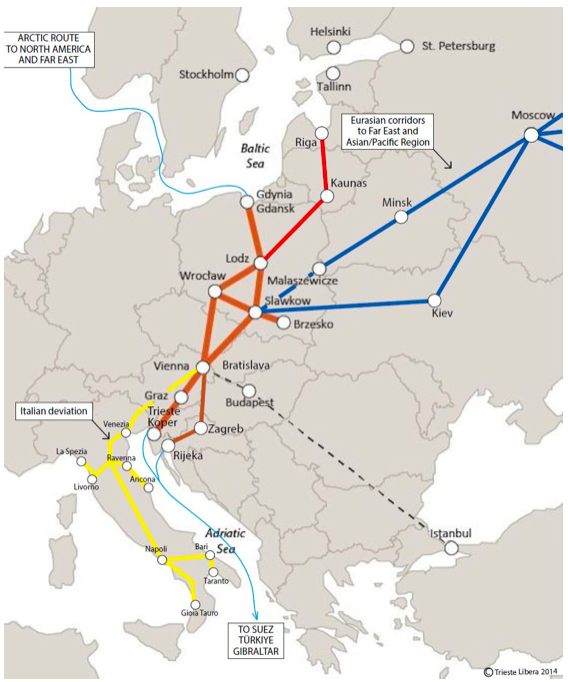