Update: for logistic reasons, the Sunday, September 12th sit-in on the San Giovanni di Duino – Štivan border crossing is concentrated in the morning, from 10AM to 1.30PM. The flag-raising ceremony takes place at 11.30AM.

September 15th, 2021,  is the 74th anniversary of the establishment of the Free Territory of Trieste by virtue of the coming into force of the Treaty of Peace between the Allied and Associated Powers and Italy of 10 February 1947, which is also an upper-ranking provision in force within the Italian legal order.

This year, due to the Covid-19 health emergency, it won’t be possible celebrating this occasion with an event at the headquarter of the Free Trieste Movement, in piazza della Borsa 7, Trieste.

For this reason, Free Trieste celebrates the 74th Independence Day with two initiatives:

on Sunday, September 12th: a sit-in and a flag raising ceremony at San Giovanni di Duino – Štivan, on the border crossing with Italy (in front of paper factory Burgo, refer to the map on the bottom) from 10AM to 1.30PM: all participants are welcome, pending they respect anti-contagion measures;

on Wednesday, September 15th: Free Trieste is publishing, together with an update about the legal battle for the full rights of our citizens and enterprises, the historical, trilingual Proclamation No. 1 of 15 September 1947 with which the British-US Allied Military Government of the Free Territory of Trieste – A.M.G. F.T.T. declared the constitution of Trieste, since that date, as a new European sovereign State provided with an international Free Port.

How to reach the September 12th sit-in (click image to see the location on Google maps): 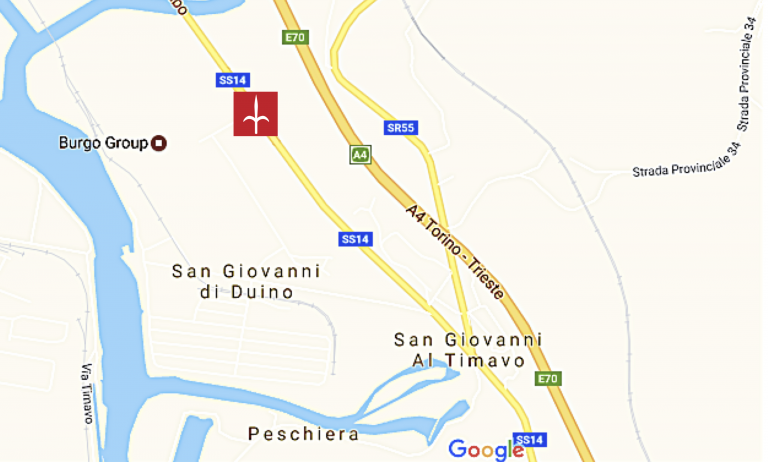