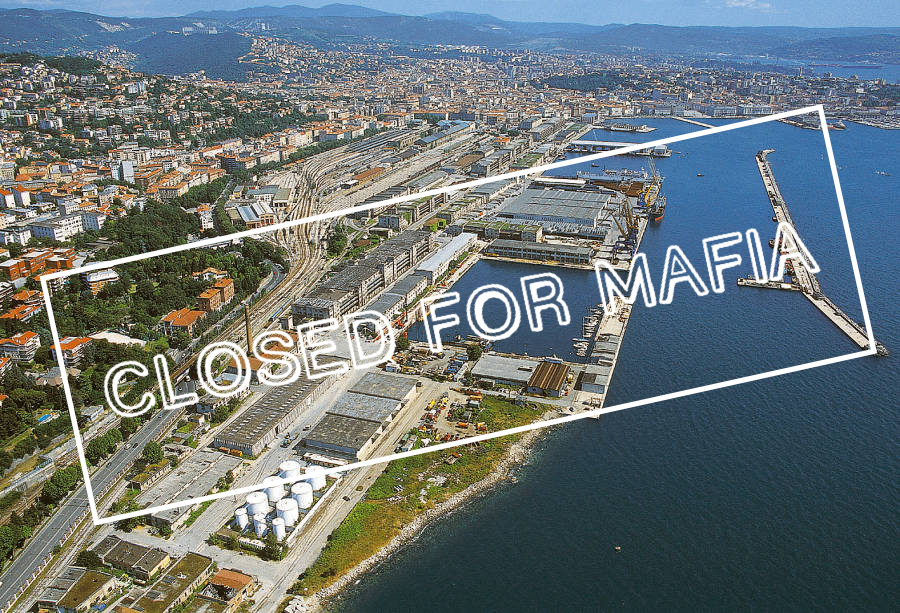 So far, the criminal system that rules over Trieste was tolerated and accepted by Italy for obvious interests of State. It was, it still is, of use to grant the simulation of Italian sovereignty over the Free Territory of Trieste and over the international Free Port (as I already described in my article “Trieste: the last colony of the former Italian empire” published at this LINK).

A simulation of sovereignty (consisting also of illegitimate elections) that, since decades, allows the Italian Republic to collect thousand of million Euro, taking them away from Trieste and its people as either undue taxes or loss of revenues, due to the block of the Port, always a dangerous competitor of Italian ports. This was an exchange between Italy and the criminal system Italy settled in Trieste, in breach of Italy’s own laws (LINK).

In exchange of its loyalty, Trieste’s establishment (hidden behind an artificial curtain called “patriotism” that in truth is ruthless nationalism) was rewarded with wealth and benefits. At the price of the rights of fellow citizens, including the right to health, devastating the environment (LINK), a political class supported by Rome and by the Italian corruption system rules over us driving the people into poverty to gain wealth for itself: a good example of this is, once again, the management of waste and of the local incineration plant (LINK).

Of course, in an attempt to earn impunity, the traitors of Trieste had to come to terms with the judiciary as well, to try deactivating it, either trying to bring some magistrates on their side, or including their “most loyal” supporters among them and, when none of this worked, trying to isolate whoever raised their head and tried to investigate the system, or simply preventing news about their failures from being released (the role of media in Question Trieste is not to be underevaluated; once again, I provide an example of this in in my blog, the matter being environmental pollution: LINK).

It is the very fervor of those “most loyal” supporters that lead to the trials I have widely documented on this blog, being them against me (as environmentalist or as President of the Free Trieste Movement) or against other citizens “guilty” of demanding compliance with the law. Most of those trials ended with an acquittal, and this is why the media remained silent, for example, the manifestly political trial for subversion, opened after a 2014 demonstration in defense of the Northern Free Port: LINK

This is, in short, “System Trieste”: a land that some would want to stay outside the law for their own advantage, while we, the partisans of legality, want to be, once again, ruled by the Law. It is a goal that we, the people of the Free Territory of Trieste, are standing for day by day, until the rule of law is restored: the “lords of the Clan”, the “Mafia in black shirt”, cannot defeat us, because we stand on the side of the law.