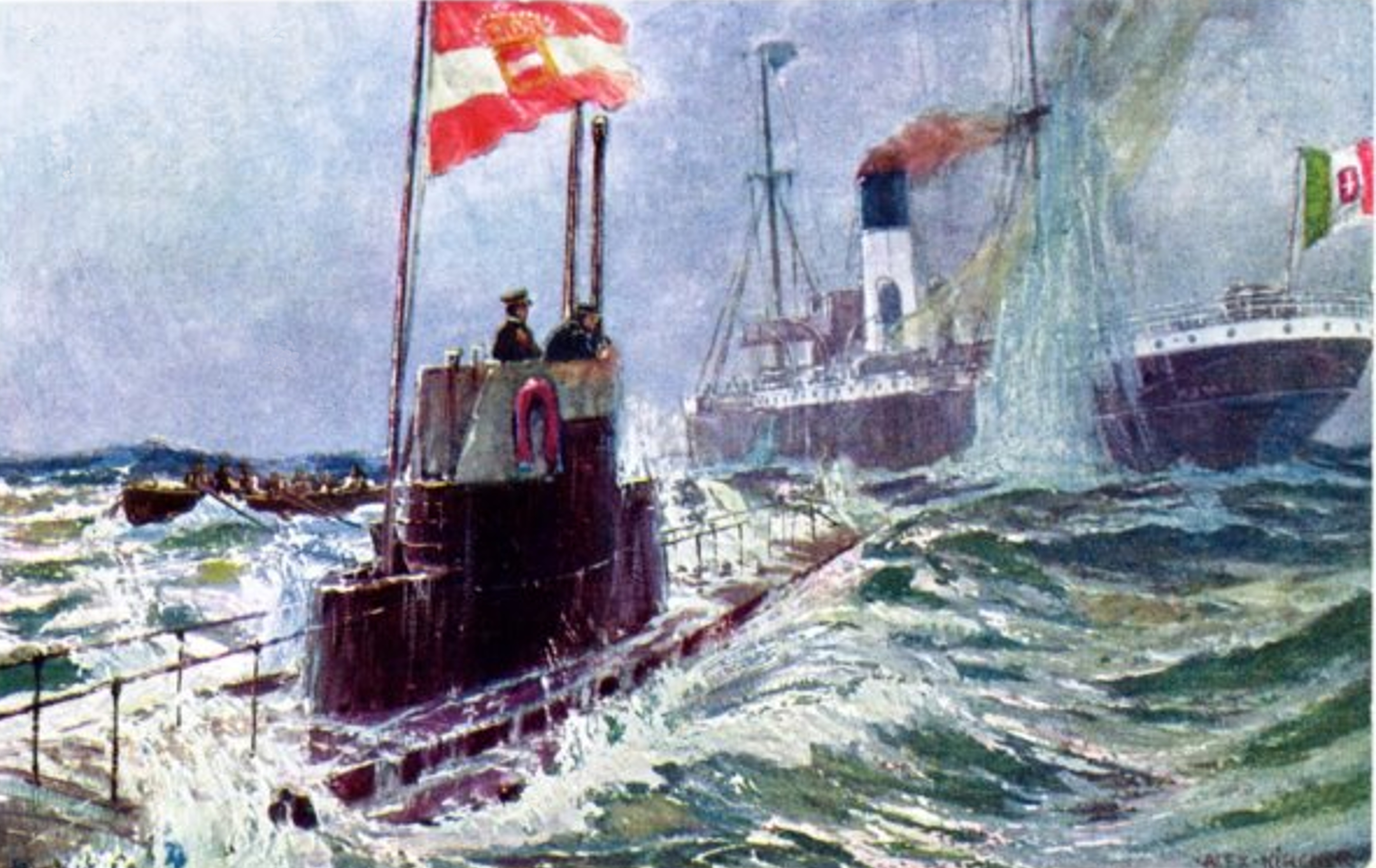 In June 2019 the Free Trieste Movement hosted in the club at the first floor of its piazza della Borsa 7 office the historical photo exhibit “1914-18: Trieste and Austria-Hungary’s submarines” organized by Civiltà Mitteleuropea and curated by Alessandro Mlach. A selection of 18 especially meaningful historical photos picked among the over 70 that were displayed is published on Il Corriere di Trieste at this LINK.

So far, the reviews of Austria-Hungary’s historical plurinational armed forces regarded land forces more than the War Navy, and did especially overlook submarines, which were used for the first time as early as in the 1914-18 World War, ending the traditional, absolute hegemony of surface fleets.

Austria-Hungary’s submarines were based in Trieste, Pola – Pula, Fiume – Rijeka and Cattaro – Kotor, were active in the Adriatic and in the Mediterranean, thanks to valiant plurinational crews that included also Triestine sailors and officers, like commanders Egon Lerch and Gustav Klasing. The exhibit, curated by Alessandro Mlach, consists of more than 60 photographs and other informative material.