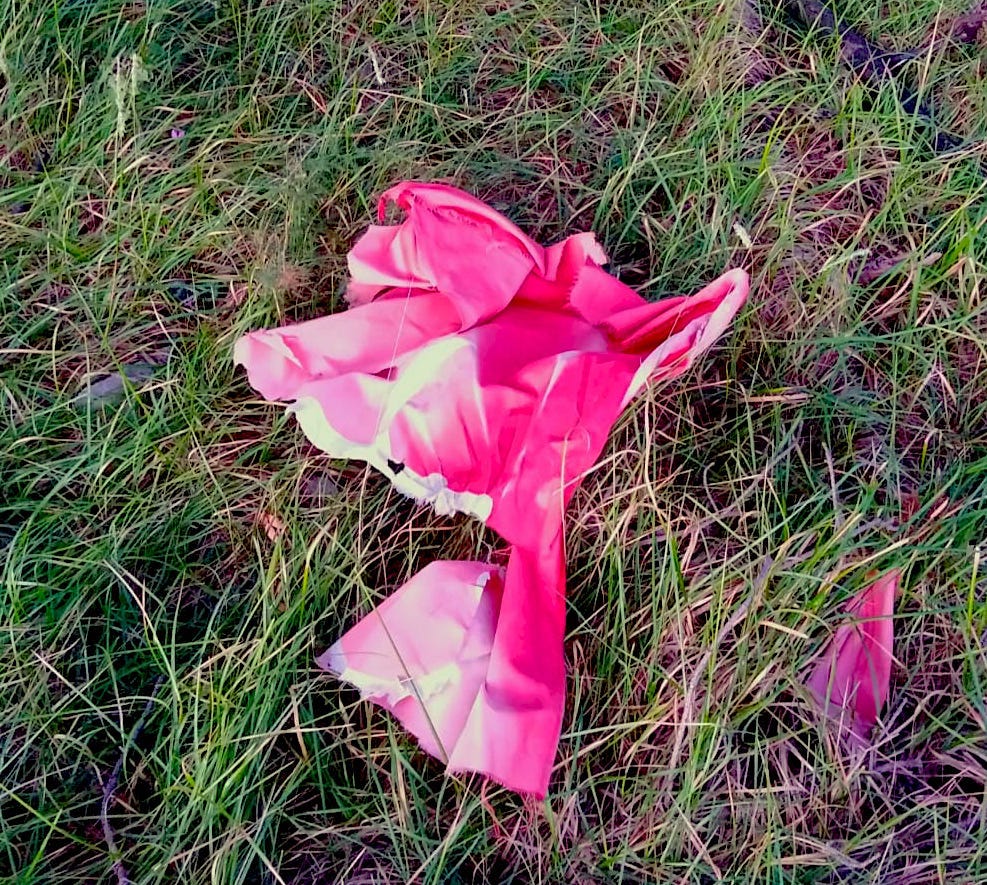 We are between Medeazza-Medjavas and San Giovanni di Duino-Štivan, the area is in front of Mt. Hermada. It was the doing of provokers, and this is very dangerous. They take flags down, they rip them with no respect, they do it to state that, as Italian “patriots” they cannot stand the FTT, and they are ready to take action with their usual “metodi persuasivi” (persuasive measures).

Intimidations with no effects: the flags are quickly restored by volunteers of the Free Trieste Movement. But it is clear that Italian far-right extremists are doing it to trigger accidents.

On this very border, on Saturday, September 15th, and on Sunday the 16th, Free Trieste celebrates the 71st independence day of the Free Territory of Trieste to remember its existence under the Peace Treaty of 10 February 1947, in force.

This is why this border is so important: on one side there is Italy, with its irremediable public debt, which causes monstrous tax rates and burdens the citizens, on the other side there is the Free Territory of Trieste, without public debt, with its own efficient fiscal regime, and the strategic international Free Port.

This border is the synthesis between the rampant poverty in Italy, where corruption is widespread, and the wealth and prosperity of Trieste as Singapore of Europe.

It is a border the local Italian nationalistic lobby hates, to the point of denying the legal force of the 1947 Treaty of Peace and working, ever since, to try submitting Trieste as last Italian colony to parasitize its misery together with criminal organizations of the bordering Republic hiding behind uniforms, symbols, and tricolor flags (LINK).

The direct actions against our flag, the flag of our State, the flag of Trieste and of the FTT are happening right after the beginning of the so-called ronde (patrols) of far-right Italian extremist, who are the same Neo-fascists local authorities tolerate way too much and despite being vested with the duty of enforcing law and order in the Free Territory of Trieste.

Such patrols seem to be well protected, especially considering the “long-lasting” influence of far-right agents within the very local police of the city of Trieste.

The existence of patrols “for public safety” organized by the Italian, Neo-fascist far-right in the Free Territory of Trieste cannot be underestimated exactly due to the risk of accidents caused by their provocations against not only the citizens of the Free Territory of Trieste who stand for their rights, but also against political opponents or other “undesired” citizens (just think about the current administration’s persecution of the homeless, beggars, or other linguistic and religious communities in Trieste, which has always been multiethnic).

It is all citizens who should be protected by the other police forces the administering, provisional Italian Government has assigned to serve their duties in the present-day FTT. This means, the State Police and the Carabinieri. Certainly not this local police, subject to the political control of an administration that would even want to arm it (LINK).

The same administration that wants to remove from port use and undersell, in breach of the law and of the very Peace Treaty, the whole Northern Free Port (LINK) a project firmly opposed with the legal actions of the citizens of the Free Territory, represented by the Free Trieste Movement.