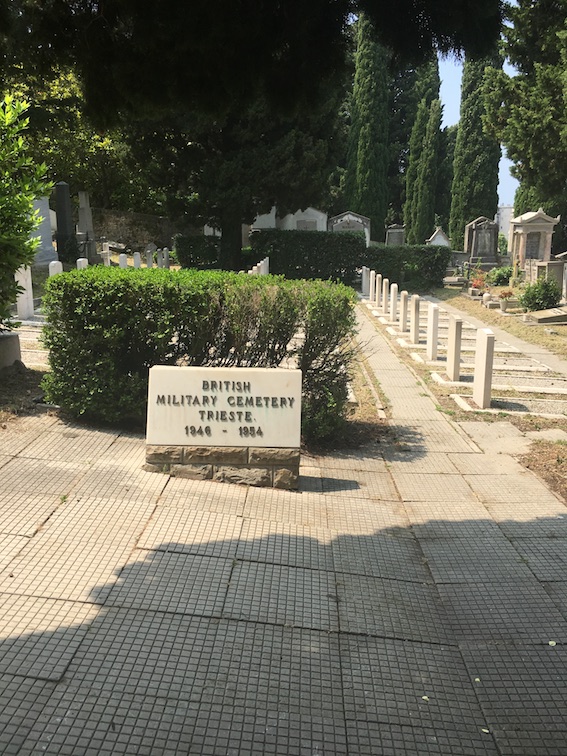 At the end of World War II the new independence of Trieste, freed by the Allies, was defended by the troops of the United States and of the United Kingdom. The Allied troops were in charge of ensuring compliance with the Treaty of Peace fighting back all attempts to destabilise the little State, especially those of its dangerous neighbour, Italy, which was not willing to accept the loss of Trieste.

The years between 1947 and 1954 were difficult: the A.M.G. F.T.T. (first govern of State of the present-day Free Territory of Trieste) had also the difficult and very sensitive duty to mediate between a possible escalation involving Italy and Yugoslavia: if, on one side, Tito was getting closer to the Western bloc after breaking up with the Soviet Union, in Italy the old, Fascist-style Italian nationalism was coming back, and was once again in action under a new guise in the new Republic, where many claimed to be willing to go to war to get back Trieste, and further.

This is how Trieste faced a time of terror, with squads of Italian nationalists (often ordinary criminals and former fascists recruited and infiltrated in the Free Territory by the new Italian establishment: LINK) that would lead punitive raids against whoever dared to show “Anti-Italian sentiments” which means, identifying as a citizen of the Free Territory of Trieste, or helping the Allies to administer it.

This tense atmosphere exasperated the people of Trieste: some believed the violent actions of Italian nationalists were tolerated, or even allowed, others were in fear, many were disappointed and embittered by those who should have granted the very existence of their State. This is how the earliest mass migrations started.

A critical review of the events of seventy years ago makes it possible establishing that the Allied troops engaged in the Free Territory of Trieste carried out their duty seamlessly. For example, repealing the shameful racial laws that the Fascist regime had proclaimed right from Trieste: LINK. Simply enough, they couldn’t go beyond the limits dictated by political decisions. Decisions that the people of Trieste have long been paying for in the purgatory that was the Cold War, propaganda, and disinformation.

A purgatory that, only in recent years, are finally escaping from with their own forces thanks to the action of the Free Trieste Movement (LINK), claiming their rights and in particular that to enjoy once again the correct administration of their little State and of their unique international Free Port. Which, right during the Allied administration, broke all historical records of maritime trades, and played a key role in the reconstruction of Europe (Marshall Plan): LINK.

The memory of the troops of the BETFor (British Element Trieste Force) who, together with their U.S. colleagues of the TRUST (Trieste United States Troops), enforced the Treaty of Peace granting the continuation of the same temporary administration, is within the British Military Cemetery where rest the British soldiers who, between 1945 and 1954, protected Trieste.