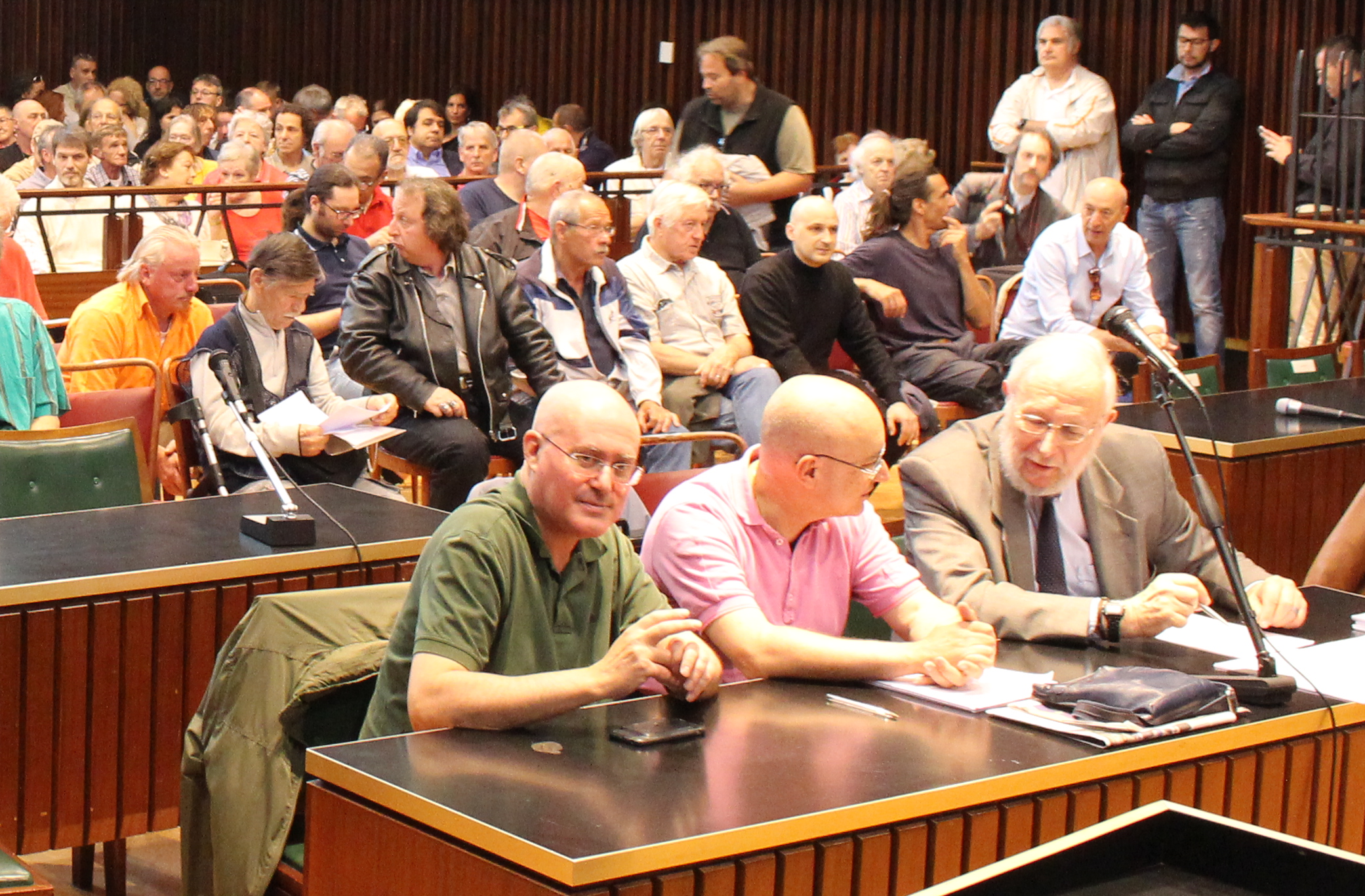 It’s been an exciting hearing, the one that took place Tuesday, May 15th, in the Court of Assizes of the Courthouse of Trieste. It was the final hearing of the legal action for determination on taxation promoted by the I.P.R. F.T.T. – the International Provisional Representative of the Free Territory of Trieste. This lawsuit is important for the future of Trieste and of its Free Port: citizens and enterprises of the Free Territory of Trieste want the fiscal regime of their own State to be finally enforced, without further oversights.

It makes a huge difference: no longer Italian taxes, and the revenues of the new taxes, to be re-established and lowered (the Free Territory of Trieste has no public debt) remains here no matter what. Also, the true source of wealth is the development of the International Free Port, the natural port of Central Europe. We are talking about a State with taxes lower than those of EU Member States, with the right to its own currency, a working stock exchange, and with the only International Free Port in the world. And inhabited by jus 240,000 people. Those rights are at hand, and the purpose of this lawsuit is to assess it.

This civil hearing was the most participated ever seen in Trieste. There were so many people that the biggest courtroom of the Courthouse of Trieste was full. The roll-call of our lawyer lasts almost one hour. In the end, there are 598 plaintiffs, including citizens and enterprises. This time, there are also local media following the event. It is the first time. A sign of times changing as quickly as this revolution of legality initiated by citizens. The hearing, the one for closing arguments, takes place quickly as well. All documental evidences presented by the plaintiffs are accepted (including the extremely important expertise presented by the I.P.R. F.T.T. which is the core of the legal framework of the FTT) as the defence of the opposing parties appears barren (one of them is the Italian Government that administers the present-day Free Territory under a sub-mandate received by the Governments of the United States and of the United Kingdom on behalf of the United Nations).

When it comes to the law, there is no match. This lawsuit proves it. Nobody can disprove the claim of the plaintiffs: it is the very Italian laws in force that are to be verified. Nothing more. The fiscal regime of the Free Territory of Trieste derives also from those laws, which the Italian Government cannot deny, and the Court cannot repeal.

The State’s lawyer, who before Court had not defended the political, unsustainable political claim of the non-existence of the Free Territory of Trieste (which would constitute a breach of both the sub-mandate of temporary civil administration and of the 1947 Treaty of Peace), when interviewed by the RAI does instead release a dry statement, that cannot but increase the Italian Government’s embarrassment: United Nations Security Council Resolution S/RES/16 (1947) would have never been enforced, and this would mean the Free Territory of Trieste was never established.

It would be hilarious, if it weren’t that this is not a claim worth a lawyer, even less one who represents a State. Let’s take it as a joke. Maybe someone should explain this lady that the UNSC Resolution is still in force and was never abolished, actually, it was one premises for the coming into force of the Treaty of Peace. For instance, the Free Territory of Trieste is established under the United Nations own defense at art. 21 of that Treaty, implemented by the Italian Republic and enforced with the very same laws that this lawsuit request be complied with.

And now, again, it is time to wait for the judgment. Certain that law can only be respected.