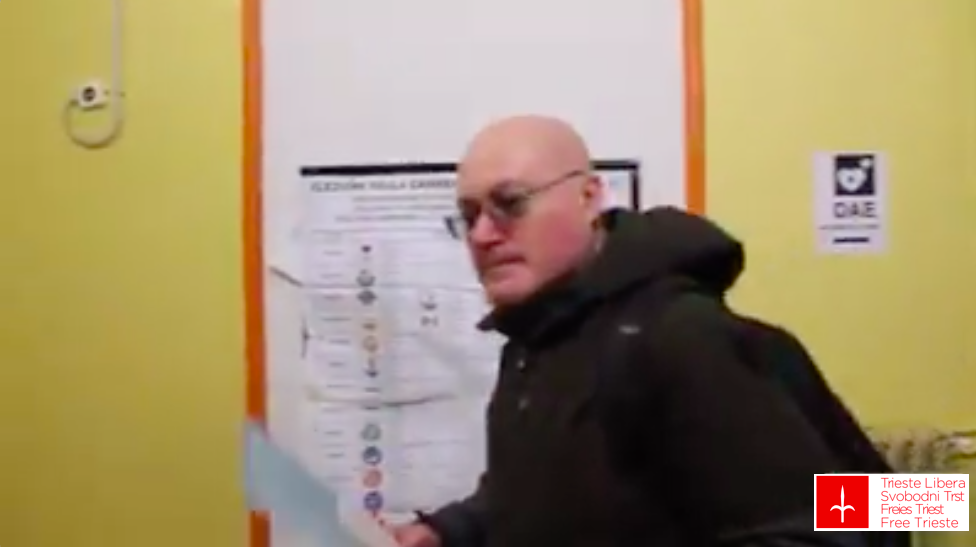 A WITHNESS OF THE LATEST, FARCICAL ITALIAN ELECTIONS HELD IN TRIESTE

The suffocating, revolting farce of Italian elections held in the Free Territory of Trieste is over. It’s been four months of never-ending, hammering propaganda from Italian parties and politicians. Maybe this is why almost 60% of the people of Trieste did not vote: they are tired of the Italian political system, which in here is also illegal.

Because Trieste is like Switzerland: just because the Candon of Ticino has inhabitants of Italian ethnicity, it does not mean that the Italian Republic can legally force its own elections there. In Trieste it could only happen due to international “inattention”, the interested complicity of the local political establishment, but also thanks to the silence of the Triestines: see, it is plausible that this would not happen in Switzerland either.

But since 2011 the citizens of the Free Territory broke the silence to re-establish their civil and fiscal rights, and abstaining from voting, as well as denouncing Italian elections right at the polling stations, is a fundamental part of this action. Denouncing the illegitimacy of Italian elections means to actively oppose to the simulation of sovereignty granted by the nationalistic camorra of Trieste, which traded the rights of the people of Trieste with complete immunity for its dirty business, gaining profit behind the back of the people it was betraying.

Thousands of citizens who identify with the action of Free Trieste denounce Italian elections since 2013, and they did it also at the Italian political elections of March 4th, and at the Regional election held on 29 April. Both elections are illegitimate, because they were summoned under Italian law in a territory that does not belong to Italy. By now we are well aware of it, and we are standing to make it clear.

The breaches of the rights of the people of Trieste conflict also with the Italian legal order itself, which recognizes both Trieste’s independence since 1947 and the sub-mandate of temporary civil administration entrusted to the Italian Government by the Governments of the United States and of the United Kingdom, on behalf of the United Nations, since 1954: LINK.

Either the Italian Government restores the correct temporary civil administration of the present-day Free Territory and international Free Port of Trieste, or it will be substituted.

This year, once again, I went at the polling station to exercise my rights presenting the declarations that explain the reasons for abstention from the vote and, in both cases, I ended up being controlled by Italian police, who knows, I guess somebody reported me as “unwelcome” person.

On March 4th, the Italian political police (DIGOS) stopped me there for about 30 minutes because I was photographed in front of the polling station: who knows, maybe it is a “privilege” only Italian politicians can enjoy, and is thus denied to those who denounce the farcical Italian elections summoned in the Free Territory of Trieste.

And, of course, it happened again on Sunday, April 29th, during the Regional election: there was an armed policeman behind me while I was lodging my legitimate declaration, denouncing the electoral fraud the Italian Republic commits in Trieste.

It is a displeasing, paradoxical situation. It must not happen again. Because in Trieste, we the people of the Free Territory of Trieste have full reason to exercise our rights and to protect them from those who, in breach of the rule of law, trample on the very laws they claim to be enforcing.