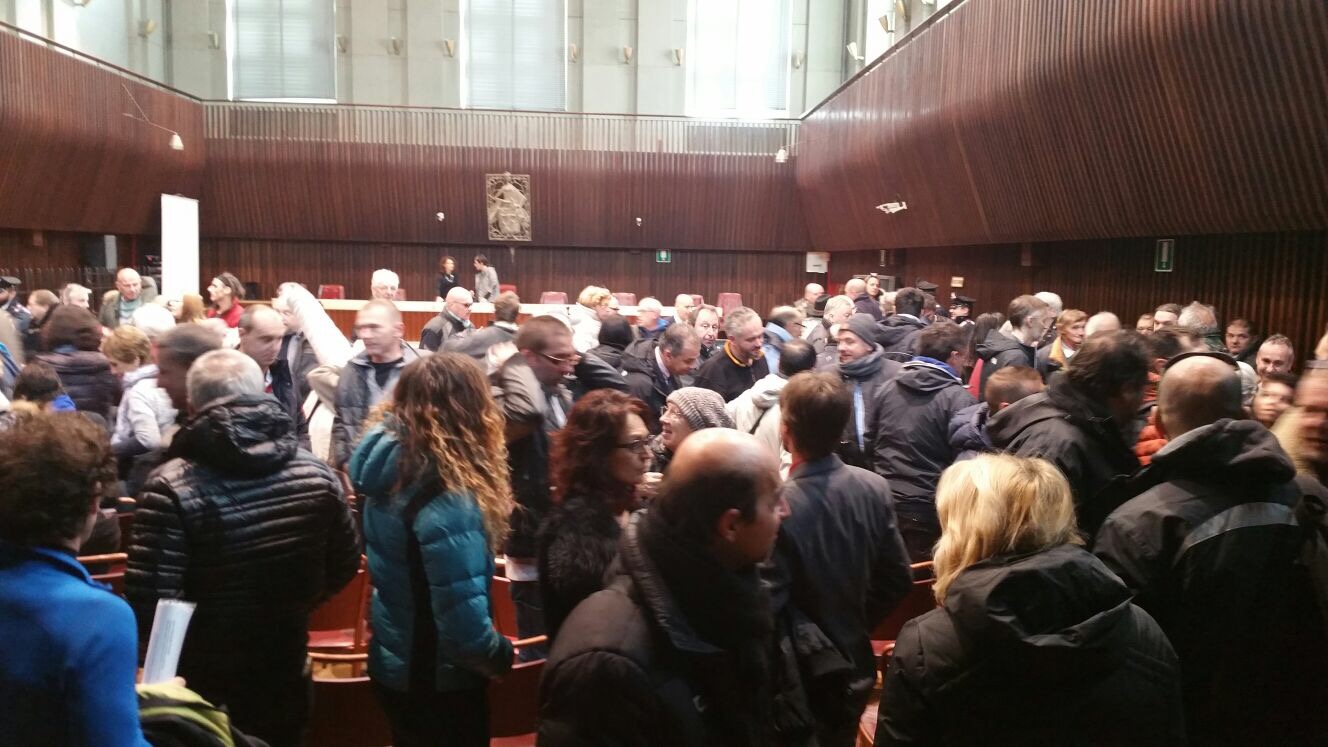 28 November 2017, first hearing of civil legal action for verification of the legitimacy (or lack thereof) of the legitimacy of Italian taxes in Trieste, promoted by the I.P.R. F.T.T. with the support of the Free Trieste Movement and hundreds of citizens who summoned before court the Italian Government, entrusted with the temporary civil administration of their State, the Free Territory of Trieste: this day is history.

Environment and Legality: top read posts in the 70th year of independence of the Free Territory of Trieste

Once again, this year my blog proved a reference point for the question of the Free Territory of Trieste. International interest is confirmed as well, as clear from the top ten visitors: Italy is first, the United States second (about 27% of visitors are from here, also thanks to this English version, Environment and Legality, hosted on the website of the Free Trieste Movement), third is Slovenia, fourth is Germany, Russia is fifth, France is sixth, the United Kingdom is seventh, Croatia is eighth, Ukraine is ninth, tenth is Austria.

The most read post I published in 2017 is PROCEEDING 1757/17: A CLASS ACTION FOR THE FREE TERRITORY OF TRIESTE that tells about the beginning of the legal action for verification revolving on Italian taxes in Trieste, promoted by the I.P.R. F.T.T. and supported by Free Trieste, as well as by 400 citizens. This was the most awaited event of the year, as well as a decisive turning point for the question of the Free Territory of Trieste. The citizens of Trieste joined forces for the first time, summoning before Court the Italian government, which administers their State eluding its duties established under the 1954 Memorandum of Understanding of London and under the 1947 Treaty of Peace.

The Triestines who, after decades of mismanagement, are claiming the re-establishment of the lawful regime of taxation of Trieste and of its Free Port are portrayed in the picture that opens this post, taken right before the first hearing (November 28th) when the Court of Assizes of the Court of Trieste was flooded by the appellants.

The second most read post is about the history of Trieste at the time of the Habsbourg Monarchy, during World War I, and it tells the efforts of Linienschiffsleutnant (Ship-of-the-line lieutenant) Egon Lerch and of his U-12 submarine: ONE OF TRIESTE’S FORGOTTEN HEROES: EGON LERCH. I dedicated about 20 posts on my blog to a re-reading of war actions in the past century, especially World War I, from the perspective of Trieste and of Austria. It is the “cancelled history” that the people of Trieste could never know, because victorious Italy forced on them its own “truths”, falsifying reality to our days. The Italian operation, in order to subject the people, has caused also irremediable damages. Participating in the rediscovery of our “forgotten” identity is a source of pride.

Third is “THOSE INCONVENIENT SIGNS ON THE BORDER” a port revolving on another important question for the recognition of the present-day Free Territory: that of its border as a State.

The top ten hosts no less than four posts about pollution in the Free Territory of Trieste and the liabilities of Italian authorities (THOSE POLLUTED VINEYARDS ON THE KARST, THE SILENCE ABOUT THE MAFIA’S WASTE IN TRIESTE, THE JUNCTION OF WASTE IN THE FREE TERRITORY OF TRIESTE, and AREAS OF PUBLIC INTEREST). It is a heartfelt theme: the denounces of pollution in Trieste and of the liabilities of the Italian authorities, as well as the legal battle for its remediation, clearly featured on this Blog, did even lead, back in 2011, to the re-opening of question Trieste with an intervention of mine before the European Commission, which is told in the very first post I wrote when I opened “Ambiente e Legalità” (A CITIZEN OF THE FREE TERRITORY OF TRIESTE) as well as in my investigative book “Tracks of Legality– how Italian corruptions and mafias pollute the Free Territory of Trieste” – the new editions of which as published on this same year (LINK).

It is an important question, which revolves also on the status of the international Free Port of Trieste (in 2017 the Italian Government issued important legislation recognizing it: LINK) and, again, the economic rights of the citizens and enterprises of the Free Territory of Trieste and of all other States: it is not a coincidence that the ninth most read post of the year (A LESSON OF DEMOCRACY THROUGH LAW) is no less than my telling of the first hearing of the legal action for the verification of the legitimacy – or lack thereof – of Italian taxes in Trieste.

Finally, the question of information in Trieste and the role of monopolist newspaper Il Piccolo is described in “FREE PRESS AND THE PRESS OF THE REGIME”, while “AN IMPOSSIBLE OATH” revolves on the point of the extension of Italian military service being extended, as early as in the 1950s, by the General-Commissioner of the Government to the citizens of the administered Free Territory, in breach of the obligations established by the Treaty of Peace.

This is the complete 2017 top-ten (for the Italian version):

– A SEA OF POISON