FREE TRIESTE: ACQUITTAL IN THE TRIAL

FOR THE SIGNS ON THE BORDER WITH ITALY 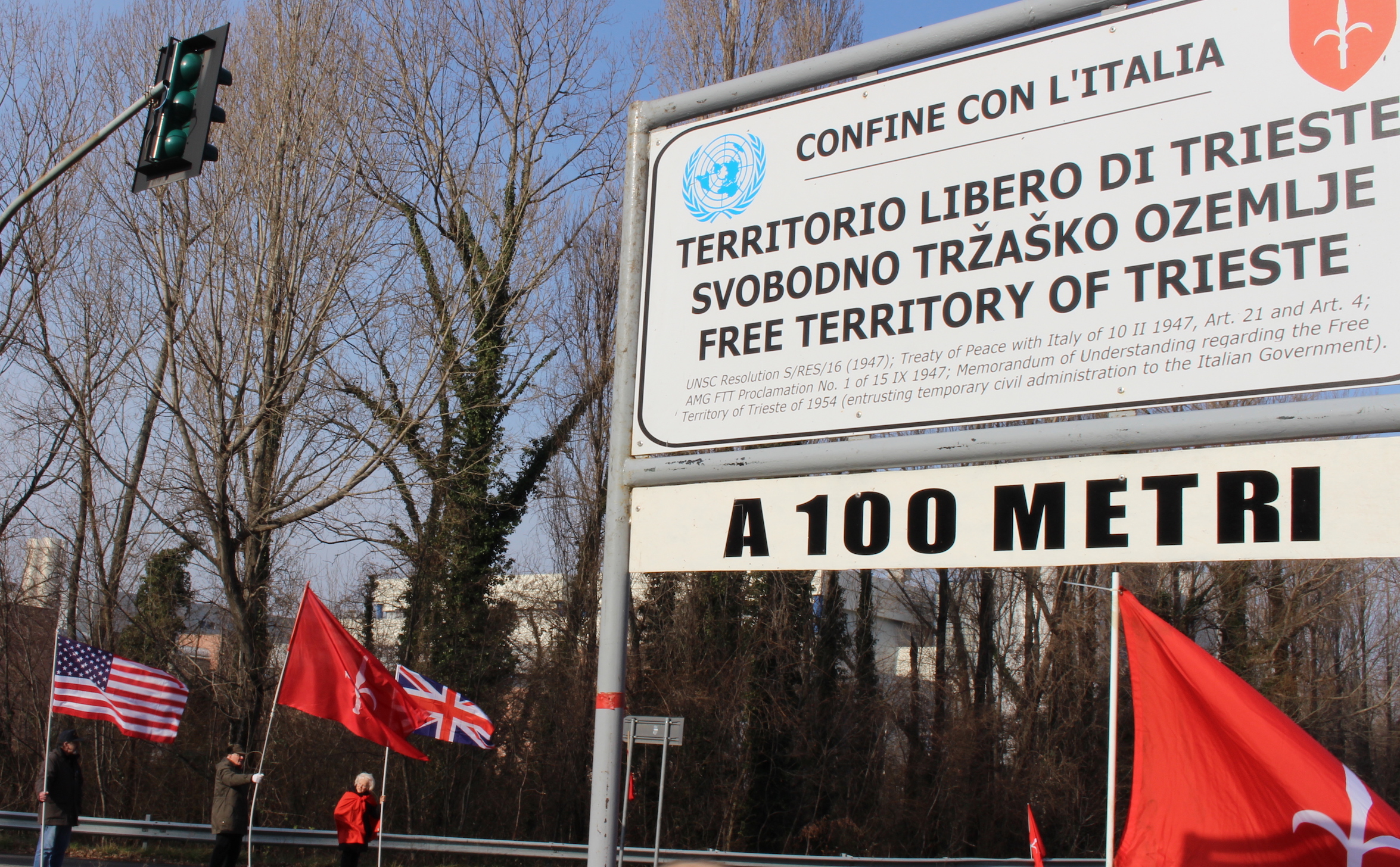 Trieste, 22 September 2017 – The Court of Trieste has acquitted the President and a volunteer of the Free Trieste Movement – Movimento Trieste Libera – (FTM – MTL) in the criminal proceeding brought against them by Public Prosecutor Federico Frezza due to a demonstration in which the organization places border signs on the State border of the present-day Free Territory of Trieste with Italy at the road crossing near San Giovanni di Duino – Štivan and Medja Vas  – Medeazza.

Public Prosecutor Frezza had already shown unusual hostility to the defenders of the rights of the Free Territory of Trieste, to the point that, in 2014, he charged them with subversion for their demonstration in defense of the international Free Port. However the Court has declared this charge ungrounded with the judgment pronounced on July 10th, 2017 by Judge Marco Casavecchia (LINK).

As for the border signs, Public Prosecutor Frezza charged the President of the FTM, Roberto Giurastante, to have not complied with the order of a police officer to remove those signs, and charged the volunteer with insulting the police. Upon examining a video record of the facts and hearing many witnesses, Judge Francesco Antoni, cleared both accused persons of all charges because there was no case to answer.

What gave rise to the question is the border signs that mark the border with Italy, which had been correctly placed by the first British-US administering Government of the Free Territory of Trieste, while the temporary civil Italian Government they have sub-entrusted with this task abandoned the signs to rust, and ultimately removed them instead of placing new ones.

Since 2016, Free Trieste does therefore request the actual signs be officially restored, as well as holding demonstrations on the border during which it symbolically displays facsimile signs, which include references to all pertinent laws (LINK).

The signs are displayed during demonstrations on the border since 2013, and this did never give raise to objections, except twice in March and May 2016, when two different police officers requested them be removed, the second time they were even seized fining the President of the Free Trieste Movement and committing him and another volunteer for trial.

However, the seizure was already annulled by the Court of Trieste on June 23rd, 2016, ordering the signs be returned (as told by Roberto Giurastante himself in his blog: LINK), and now it declared also the other accusations against Free Trieste absolutely groundless, clearing both accused persons from all charges.