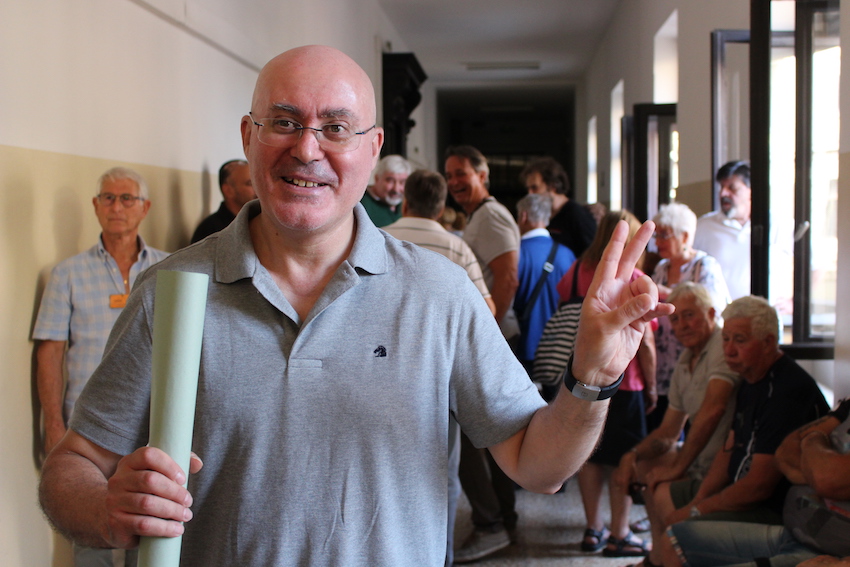 ENDS THE TRIAL FOR THE DEMONSTRATION ORGANIZED BY FREE TRIESTE IN 2014 TO DEFEND THE NORTHERN FREE PORT. DROPPED THE CHARGES OF SEDITIOUS GATHERING AND SUBVERSION BROUGHT FORWARD BY THE PROSECUTION OFFICE OF THE REPUBLIC IN TRIESTE: NO CASE TO ANSWER.

A trial that should have never started, but tenaciously brought forward by the Prosecution Office of the Republic in Trieste for political reasons, from the publication of confidential information about it during the preliminary investigations on newspaper Il Piccolo to its end, yesterday. A trial wanted and initiated by Public Prosecutor Federico Frezza who, on the other side, did never attend it during the about ten hearings.

It was an enormous forcing by the Prosecution Office: attempting to repress the absolutely legitimate claims of the citizens of the Free Territory of Trieste that defend the Free Port, threatened by the illegal housing speculations supported by local politicians, by turning the participants to a peaceful demonstration for legality into subversive terrorists.

Such a forcing, in facts, it what actually appears subversive here. Isn’t it subversive denying the very laws of the Italian Republic that confirm the international treaties in force that are advocated by the citizens?

Now the first instance of judgment is over. Those found guilty of minor misconducts are now appealing to the Court of second instante. The continuation of this trial, which should have ended already with the absolute acquittal of all investigated persons, is represented by those that appear as “strategic” convictions to avoid the absolute failure of the charges brought forward and supported by no less than investigations and witnesses of the Questura (Police Headquarter) of Trieste.

So, while the most serious allegation brought forward by the Prosecution, and the consequent request of conviction for “seditious gathering” with an addition of “rebellion against public powers and the bodies of the State” (subversion) was dropped by the judge because “there is no case to answer”, ten of the investigated person were found guilty of participating in a demonstration that was not announced.

Strange enough, this “not announced” demonstration had been presented to the public with a press conference attended, and even filmed, by no less than the policement of the DIGOS (General Investigations and Special Operations Division) of the Questura of Trieste.

Also, the fact the demonstration did not have to be authorized is obvious to all, as I recalled in my statement during the final hearing held yesterday (a record of which, in Italian, is published at this LINK, for an English transcript, click here: LINK): the democratic freedoms to demonstration and to opinion are no longer subject to the authorizations requested by the prosecution since 1948.

Again, it is no difficult, to this point, appealing to the Court of second instance. Raising the question on jurisdiction once again. But this time, well aware that the Court of Appeal won’t have it easy: the wall that deeds the lies of the State at the expenses of the rights of the Free Territory and of its citizens is collapsing.

As proven also with the recent decree of the Italian Government, temporary administrator of the Free Territory of Trieste, revolving on the management of the Free Port of Trieste. A decree that comes from the international pressing developed by no less than the political and diplomatic actions of Free Trieste in the past years.

Which do also include that demonstration held on February 10th,  2014 and for which dozens of citizens of the present-day Free Territory of Trieste are persecuted by a judicial authority that is in more and more visible conflict with the interests of its own State.