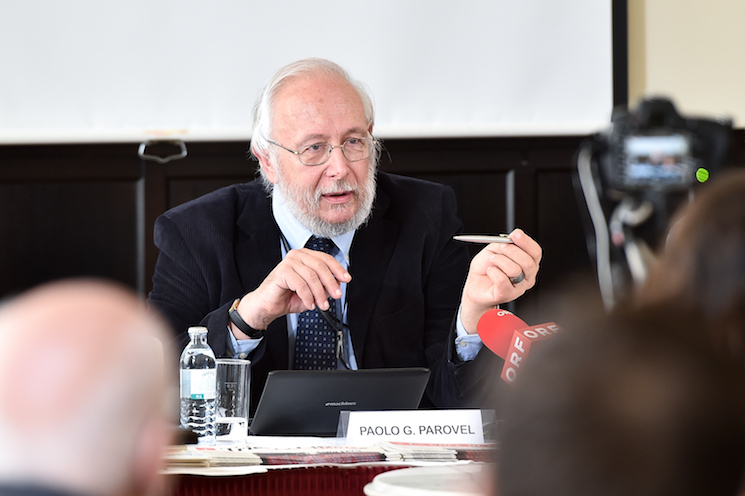 Acquitted because the fact does not constitute a crime: by this formula, on April 6th, 2017, the Court of Appeal of Trieste has declared investigative journalist and director of investigative newspaper La Voce di Trieste (the Voice of Trieste) Paolo G. Parovel free from the charges brought against him by a reported of local newspaper Il Piccolo, Corrado Barbacini.

The premise is Mr. Parovel’s extended investigation on transversal powers in Trieste, published on La Voce di Trieste in 2013 (pages 6 to 7 of issue 30, in Italian), documenting also how the hammering press campaign of Il Piccolo against the Free Trieste Movement was using confidential information from investigations of Public Prosecutor Federico Frezza, who at that time was also the deputy Chief Prosecutor, because the regular Chief Prosecutor was still to be appointed.

Neither the director of Il Piccolo nor Public Prosecutor Frezza reacted; however, the newspaper’s own trusted lawyer ensued a legal action on behalf of Mr. Barbacini, who was mentioned in the contested investigation just slightly, as the author of two articles. The complaint claimed that the leaking of confidential investigative information did not exist, thus the reported was a victim of defamation. Mr. Parovel requested a summary judgment, certain that he would be acquitted because documenting real happenings is not a criminal behavior.

Il Piccolo reacted with an incredibly violent campaign made of false accusations against Chief Prosecutor Mastelloni, while the judge of first instance ruled Mr. Parovel, who was also the only journalist to side with the Chief Prosecutor (with two articles: LINK and LINK) guilty, despite the facts reported by La Voce di Trieste being, by then, demonstrated and known to public opinion. Now the Court of Appeal has cancelled that decision, which was as unjust as unfair for the administration of justice in Trieste.