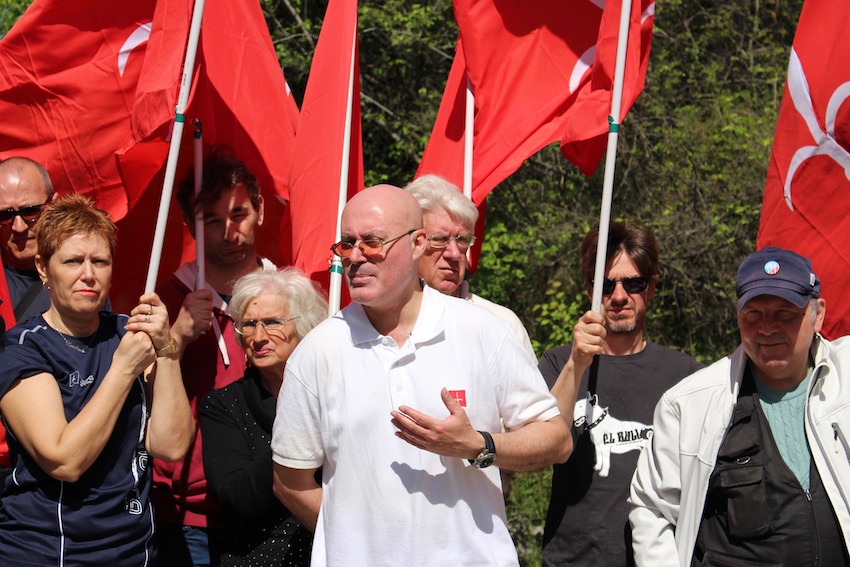 Leaving nothing but “scorched earth” around those who stand for civil rights is a primary need for each authoritarian regime worth this name. Nipping in the but any longing for freedom is the very core of the power of pseudo-democratic system nowadays, for their rule in a time when Europe is not more than “lost States”: the States that traded their own sovereignty in exchange of the illusion of a forceful economic union.

It is a weak system, it gets weaker as more and more States want to break free and some of them, just like the United Kingdom did last year, are actually making it.

On the contrary, there are others, like Italy, that still bow their head to the “strong powers” and praise the decaying European Union. Does it even surprise us? I mean, in Italy (real) democracy did never actually take roots, just think of its four Government, which were not elected by the people.

But how is it possible isolating the disturbers of “constituted disorder”, who are the citizens not willing to give up to the power of the pseudo-masonries or of the Mafias of State?

In the past years I touched first hand this “democratic” repressive system, because I believe in legality and in the rights of each individual, denouncing whoever tramples on them, with no fear.

Maybe, again, it is for this reason that local authorities (they identify as Italian authorities) answered with false accusarono, commitments for trial, and criminal decrees of conviction to my firm stand in defence of legality as environmentalist first, then as activist for the re-establishment of the rule of law in my State.

I am a citizen of the Free Territory of Trieste, administered by the Italian Government under the 1954 Memorandum of Understanding of London, which derives from the 1947 Treaty of Peace that establishes it as an independent, sovereign State. However, the Italian Government, in breach of its mandate, has allowed the authorities of the State of Italy that should have granted the correct administration of the FTT did instead simulate the sovereignty (which again, does not exist by virtue of the Treaty of Peace in force) of the State of Italy itself over Trieste.

So I am in a very unusual situation: I am under accusation and before Court in my own State, however, the authorities in charge identify themselves with another State, the Italian Republic, which has no power here and therefore are illegitimate, as much illegitimate as their violations against my rights and the international legal system are. But why am I under trial? It is not for criminal actions, but because I struggle a peaceful battle since years, because I want to re-establish legality in my land and the recognition of the rights of all of my fellow citizens.

This is how they make scorched earth around whoever stands and fights with the law as their only instrument: making actions for the re-establishment of legality appear as crimes, portraying as a criminal those who are actually denouncing crimes. Reverting reality, even with the support of the media, in order to scare with lies and propaganda the people whose rights are protected, those who should stand side by side with the protector of legality, not remaining in silence as legality is violated.

You who fight for legality must be isolated and turned into a public enemy by the media: your victories are hidden, while public denigration receives much space. You stand for legality and their turn you into a social danger, a delinquent.

But if lies are not enough, then comes fear: if a network of solidarity is established to support who stands for what is rights to defend the citizens, the system does not wait.

Sometimes, intimidations are carried out by a reserved structure, which is infiltrated in each vital part of the Triestine society. Of course we are talking of parallel network of the very security apparatus that are active in this border area in order to destabilise also the neighbour Balkan States, and protected to the highest levels.

Some years ago a trace of this operational structure became visible when a new weekly newspaper took interest in my investigations of the environmental disaster of Trieste. Those were inconvenient investigations, which revealed the worst parts of the misadministration of the Free Territory of Trieste, turned into dumping site of State by Italy.

The men of the “services” infiltrated in the editorial office one of them, and he told all kind of things to the editor, making him suspicious to the point in just 3 months he should down the newspaper and even fired the director, who was guilty of associating himself to the man the “services” had portrayed as a “dangerous subversive” (myself).

Back then, maybe for an excess of confidence, the men of the “services” left on the telephone line of the newspaper their traces: a forgotten fax revealed that this network was in contact with North Korea which, officially, was a network to import ceramics. This was denounced to the competent authorities, but there were no visible results.

On the contratti, this structure – reserved beyond limits – started to get interested also in “Question Trieste” with the double purpose of dissuading the intervention of international authorities simulating international conflicts thanks to little groups of troublers who claim, without legal bases, former Zone B of the Free Territory of Trieste –  LINK – and attack Free Trieste, the organisation whose political and diplomatic actions do, instead, focus on the present-day Free Territory and on its importance for the stability of former Yugoslavia LINK.

It is a very big structure: in the Free Territory of Trieste as along its “eastern border” Italy has maintained a control system worth the former DDR, which again, infiltrates in both public and private structures. It would be that  “special, super secret body existing with the secret service…”: Gladio 2 and its branches…

Several times, being it in 2012, when I received a mafia-like death threaten for denouncing Gas Natural (which did actually have ties with the mafia, what a coincidence: LINK) of the following years, especially after the 2014 golpe within Free Trieste, when some members attempted to seize contro of the Movement and, failing, unleashed against me and my supporters a very serious, ongoing campaign of defamation, all that I was told is that I am “subject to white spread hostility” as if this made it hard or impossible granting me justice.

But all the pressing and intimidations I receive notwithstanding, I cannot give up: I must not give up. My sense of responsibility ordered me to keep going and so I will. I kept following my path. Amo many others are doing it, in order to create this network of legality. The network of legality is the core to build our own democratic State: the Free Territory of Trieste.