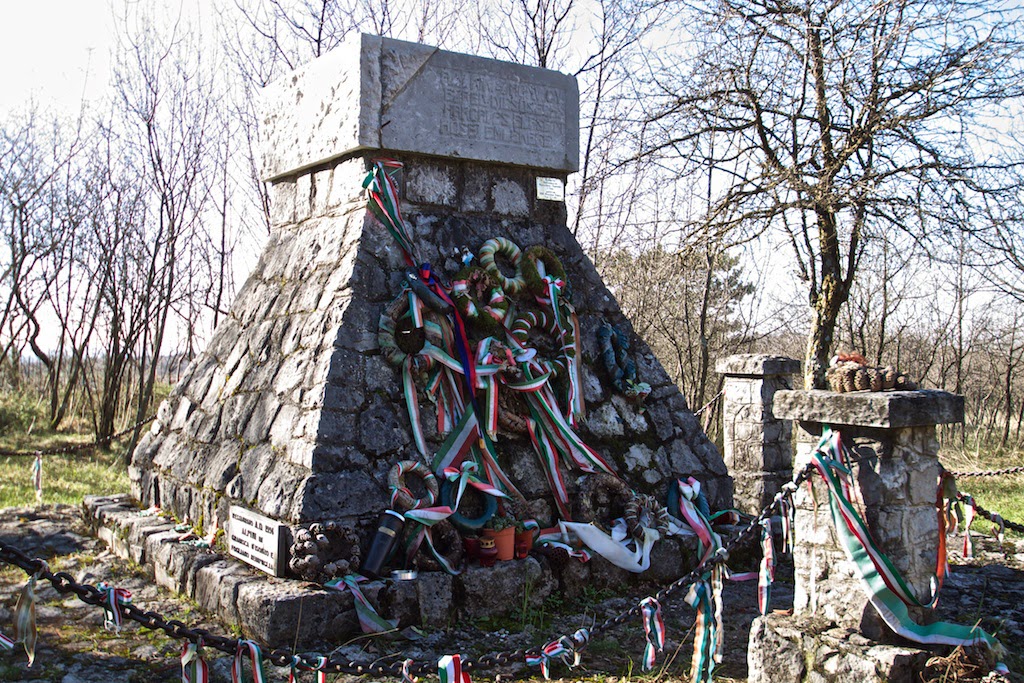 Sixth battle of the Isonzo – Soča, late afternoon of 8 August, 1916: Austrian troops retreat from Gorizia to strengthen the second defensive line. The same is happening on the southern front of the Karst. Here is where Austria – Hungarian units must draw back after having lost, as early as on 6 August, the Monte S. Michele, the defensive stronghold that resisted to the attacks of the Italian infantry for 14 months.

The San Michele holds deeply inside the whole story of this horrible war. The strategic position par excellence, with its four peaks, the highest of which measures 275 meters, overlook the Isonzo river and, to the north, the Vipava Valley which leads to the railroad and the streets that ensure the bridgehead of Gorizia. It is the first buttress of the Karst rising above the flats.

From June 1915 until August 1916 the Italian Third Army, lead by the Duke of Aosta, bleeds dry in the human waves of the continuous frontal attacks against this stronghold of Austria – Hungarian defense, protected by the 7th Corps of Archduke Joseph (17th Infantry Division and 20th Honvéd division). They were mainly Hungarian troops who, standing on this hill promoted to the rank of mountain, wrote unforgettable pages of glory for their own history and in history.

On San Michele, the Italian army loses more than 100.000 men during six extremely harsh battles. The Imperial and Royal Austria – Hungarian Army (Kaiserlich und Königliche Armee or k.u.k.) has lost at least 50.000 men. These are the numbers of a carneficine, numbers that make this place to symbol of the martyrdom of the lost generations, dashed in the infernal machinery of war.

The 20th Honvéd Division, with its 3rd and 4th Regiment, has uninterruptedly defended the San Michele from July 1915 and it was often necessary reconstituting it because of its many casualties. There is no square meter of ground, between the San Michele and San Martino, that was not made fertile with Hungarian blood: this plateau, which are become the tomb of thousand of young lives, is the holy mountain of the Honvéd.

In the morning of 9 August, during the retreat of the 7th Corps, what seemed unbelievable happens. The 4th Honvéd Regiment, formed by Rumanians and Hungarians, attacks alone the Monte San Michele, which by then was firmly in Italian hands and defended by four Brigades. The High Command had never ordered to do that. The action is decided by the Regiment itself.

It is the last, desperate Hungarian assault against that land, covered in their own blood. These are the picks that they have often cursed, these are the daolins in with they have found either safety or death. This is their land, with which they have become one. It is their tomb, in which they want to rest with their fallen comrades.

The Honvéd attack without the covering fire of their artillery and under the disbelieving eyes of the Italians. Are they fools or heroes? They go up the rocky cliffs of the San Michele, despite the Italian covering fire. There are many victims. But the Honvéd won’t stop, animated by an irresistible strength, they reach the eastern cliff of the mount San Michele and conquer it in an outburst, overwhelming with their fury the Italian troops, which must draw back.

Yet, the victory is short lived. The counteroffensive is immediate. After half an hour, the eastern pick of the San Michele returns in Italian hands. The Honvéd must retreat, descending for the last time the San Michele, again without the covering fire of their artillery. They are alone, abandoned in enemy territory. Nobody has ever ordered to attack. The Division cannot be supported because the priority of the High Commans is the move back to the new defensive line and artilleries must be the first equipment to be relocated.

The withdrew of the Honvéd, back to their own lines, takes place in order, despite the Italian fire. In the end, there are many casualties. In the last battle on the San Michele hundreds of Honvéd scarified themselves, but not in vain. Their action has allowed the safe retreat of the whole 7th Corps of the Austria – Hungarian army behind the second defensive line of the Hermada.

The sudden attack of the Honvéd does also cause second-thoughts among the High Commands of the Italian army who, instead that taking advantage of the new successes to carry on another attack, now fear fearing an Austrian counter-attack, so they do rather fortify  the positions they have conquered and reorganize their troops. So, without facing oppositions, the divisions of the 5th Austrian – Hungarian Army can reach the new defensive line, leave the Monte Santo, reach the Hermada and fortify it. Forming a defensive line that Italian troops would never ever pass.

The Honvéd of the 4th Division who have accomplished this heroic war action, on the edge of human limits, will forever remain undefeated on their Mountain, the San Michele. Together with the spirits of their comrades. Forever. 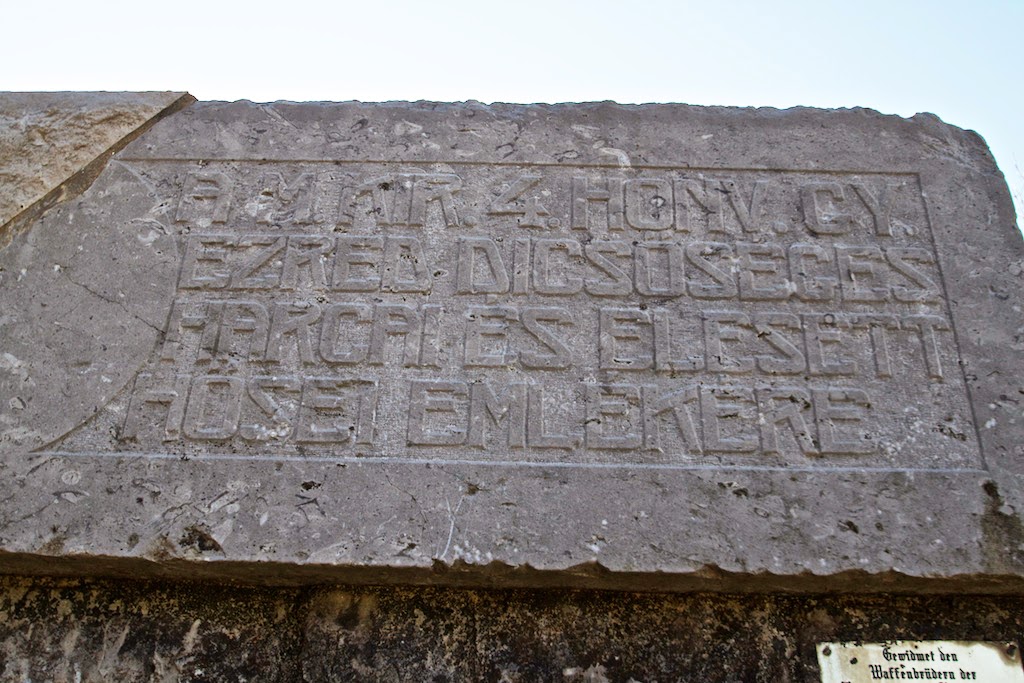