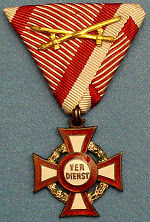 THE 4TH BOSNIAN REGIMENT ACROSS THE TAGLIAMENTO

On 31 October, 1917, Austrian and German troops spread in the flats of Friuli after the breach of Kobarid. Udine, location of the Italian headquarter, surrenders without resistance. On the other side, the Commander in chief of the Italian Army, generalissimo Luigi Cadorna and his staff had already left, as fast as they could, the capital city of Friuli.

Now, the next step  for the Austrians is to cross river Tagliamento and breach the second defensive line of the Italians, which is about 40km behind that of the Isonzo and, by doing so, to cut off the retreat of the 2nd and 3rd Italian Army. But, in order to archive this, it is necessary   conquering the bridges on the river and, as they retreat, Italians are blowing those up one after another.

Except in Cornino, where the vanguards of the 55th Austrian infantry division, which has arrived on the 29th of October, finds the bridge perfectly intact. Here, the flooding Tagliamento is about a kilometre and a half wide and it is impossible wading it. Italian troops do firmly control the strategic little island of the Clapat, natural pillar of the two-spans metal bridge that connects the two banks of the river. It is a dominant position, held by the 33rd Italian infantry regiment, with many machine-gun posts, which keep under fire the eastern bank of the Tagliamento.

The attack is ordered to the 15th and 16th companies of the 4th Bosnian Regiment lead by Hauptmann (captain) Emil Redl (who was born in Gorizia). At 4AM of the 31st of October, in the dark of the night, the Bosniaken of “Gorizian” Redl start attacking. It is a very tough battle, and the crossfire of Italian machine-guns claims many lives among the ones assaulting, who reach the Clapat only to be blocked on the sandbank. But at midmorning the Bosnians prevail, getting rid of the machine-gun pits and forcing the defendants to retreat.

Italians counterattack quickly, using the troops deployed on the western bank of the river. The attack is lead under the cover of armed trucks, but is fails under the fire of the new conquerors of the Clapat. The armed trucks are destroyed by the hand grenades of the Bosniaken and the infantry is mowed by the fire of machine-guns. Italians retreat on the other bank of the Tagliamento and blow up the western arch of the bridge.

On 2 November, at 6 AM, a company of Austrian military engineers and one of sappers, who, in the meantime, reached the Bosniaken of captain Redl, now firm on the Clapat, start to build a temporary bridge. At noon, the temporary bridge is complete and Austrian troops start to cross it, under the fire of the Italians posted on the other bank. There are many losses, but at evening the 2nd and 4th Bosnian Battalions do firmly stand on the western bank of the Tagliamento. The town of Cornino is captured in the night. At dawn of the 3rd of November, 1917, the bridgehead of Cornino is firmly in the hands of Austro-Hungarian troops. The defence line of the Tagliamento is lost and the Italian army must retreat, reaching river Piave.

The action of Captain Redl and of his Bosniaken proved to be decisive for the outcomes of the whole attack. Captain Redl will be awarded with the Knight’s Cross of the Military Order of Maria Theresa directly be Emperor Karl I.