The International Representation of the Free Territory had been received in 1954 by the provisional administering Italian Government, which had taken the responsibility to exercise it before international organizations, but it has deactivated it to prevent the reactions to the violations committed by the same Italian Government against the citizens, residents and enterprises of the Free Territory and of other States that have rights on its the international Free Port.

Therefore, the representation has been reactivated since 16 September, legitimating it with specific, direct delegations of the private, public and international subjects who hold the violated rights. Now, 236 requests of accreditation will be formalized to States and international organizations, thus to complain, the Italian Government would have to admit its violations to complain against it.

The I.P.R. F.T.T. declares that «the role of the Italian Government as temporary civil administration of the Free Territory of Trieste and of its international Free Port is now limited to the obligation of ordinary administration, in compliance with the mandate, until the appointment of a new Administering Authority by the United Nations Security Council.» while Italy «remains a third, bordering Country, like the Republic of Slovenia, bounded to respect the Treaties, with which the Free Territory of Trieste wants to establish and maintain the best good-neighbourly relations».

Text of the press conference: HERE

Map of the present-day Free Territory of Trieste: 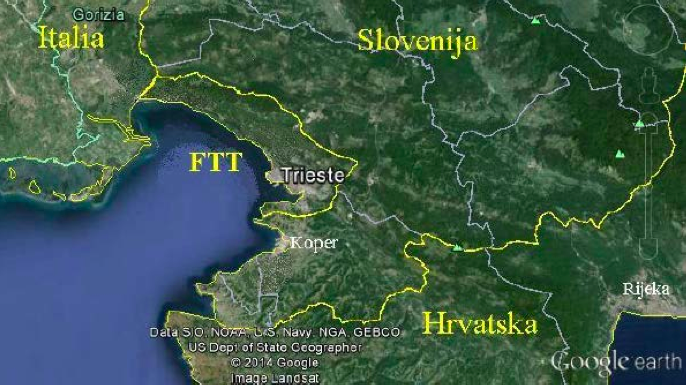