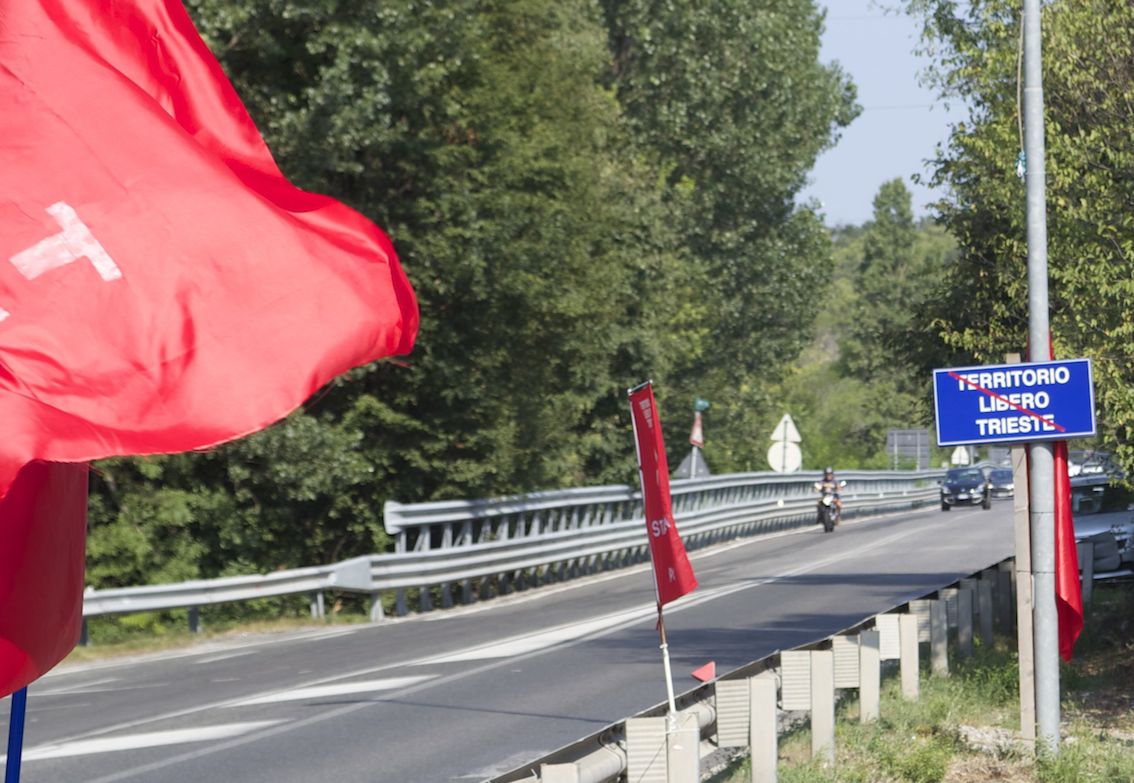 On August 15th, 2015 Free Trieste restarted its sit-ins on the Free Territory of Trieste’s State border. The Movement is continuing the sit-ins until September 15th. The chosen locations are the same of the old frontier posts. They were here until the 1990s, when Italy slowly dismissed them.

The sit-ins are not just a show-off: this is a chance to inform travelers about the border’s existence.

This border exists by virtue of the 1947 Treaty of Peace. The Northern Trieste – Italy border crossing is the same as then (less than 10Km on land). The southern border of the present-day Free Territory of Trieste is with Slovenia (about 100Km on land).

Overall it was a successful, much appreciated initiative. Tourists from Slovenia and Austria are already well-informed, Germans not that much. Sounding horns, as a greeting. Happy people greeting Free Trieste’s volunteers.

The halberd flags of the Free Territory of Trieste fly fierce in the wind. A summer shower approaches. And off, to freedom. 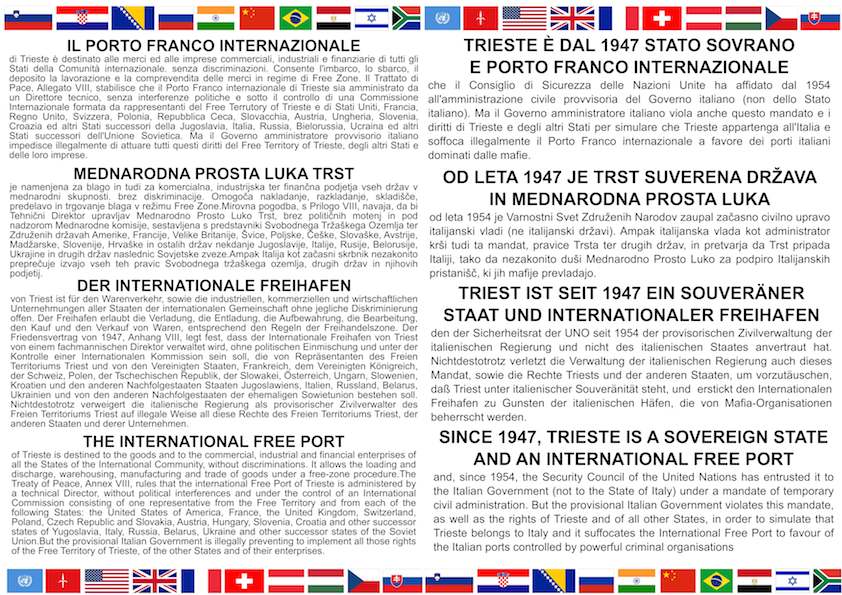 A multilingual Italian, Slovene, German, and English brochure about the Free Territory of Trieste and its international Free Port.