Block of the illegal operation os the PD on the international Free Port of Trieste: synthesis of the press conference and legal document 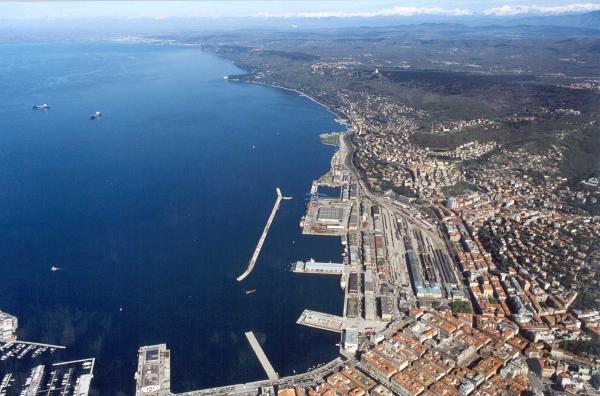 Trieste, 21 April 2015. – Today, [April 21st] Free Trieste presented to the press the actions with which, since April 17th, it has blocked the legal and financial possibility of the local representatives of the PD (Serracchiani, Rosato, Russo, Cosolini)’s attempt to dismiss the Northern Free Port of Trieste and use the area for a housing and building speculation trying to sell the initiative as “urban renewal”.

In facts, the Northern Free Port is an essential sector of the international Free Port of Trieste, it is fundamental for its development, and the fake urban renewal is under serious anti-mafia questions.

The questions derive for precise facts, from the risk of money laundering schemes (the speculation amounts to EUR 1,5 billion), and because the operation favors the diversion of trades that originate in Central and Eastern Europe from the international Free Port of Trieste (and the nearby ports of Koper – Capodistria, Slovenia and Rijeka – Fiume, Croatia) to the Southern Italian ports under the most strict control of criminal cartels: Naples, Gioia Tauro, Taranto, Bari.

As for this and other scandalous aspects of the situation, please refer to:

– a synthesis of the press conference: Note-Press-Conference-4-21

– a copy on the document which founds the legal action: Registration-Request-Free-Port-TS