TRIESTINE“VOLUNTEERS” IN ITALIAN ARMED FORCES FROM 1954 TO 2005 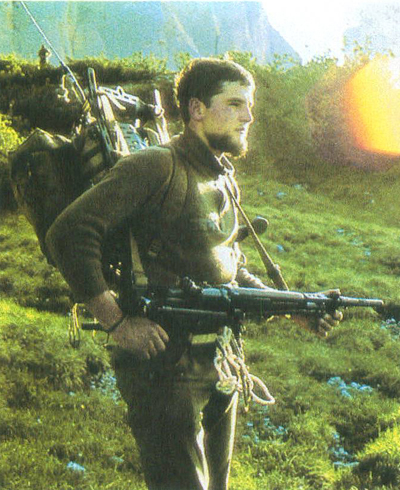 In October 1954, pursuant to the  Memorandum of Understanding of London, the Italian Government was entrusted with a special trusteeship mandate over Trieste, the most desired  Trieste, the very symbol of the bloody adventure which chad lead to the reunification of the Fatherland after the wars of the Risorgimento.

For instance, pursuant to the Treaty of Peace of 10 February 1947, Italy, defeated aggressor in World War II, had lost its sovereignty over Trieste since the coming into force of the same Treaty.

It is for this reason that, from 15 September 1947, the city of Trieste had become the capital city of a new sovereign State with an international Free Port, the Free Territory of Trieste – FTT, under the United Nations Security Council’s own protection and governed in accordance with a special trusteeship mandate.

The mandate received by the Italian Government revolved exactly on exercising this temporary administration, sub-entrusted to it by the primary administrators, the Governments of the United States and of the United Kingdom, which had exercised it establishing the first Government of State of the FTT, the Allied Military Government of the Free Territory of Trieste (AMG FTT) from 15 September 1947 to 25 October 1954. Also, the Italian Government received a civil administration mandate, because the military defence of the FTT would be soon entrusted to the NATO (LINK).

But things went very differently. As soon as the Allied Troops left Trieste, the General Commissioner of the Italian government for the Territory of Trieste (ironically, it was no longer “Free”) did immediately issue a series of decrees with which, in breach of both the mandate entrusted to the Government he represented and the very Treaty of Peace, the rights of the citizens of the FTT were limited to a minimum, starting with the forceful imposition of Italian citizenship on them.

It was a real conspiracy against the international legal system, and it was tolerated in the name of global, geopolitical balances. It was the core of the Cold War and the border of the “iron curtain” crossed Trieste, this little independent State with an important and strategic international port. That shall never fall in the hands of the communist block.

The victims of this conspiracy of silence were the citizens of Trieste, who were downgraded from citizens of a Free State to the inhabitants of a “colony” to exploit. So, their exodus began. From 1954 to 1961, over 30,000 Triestines emigrated, most of them to Australia, to escape what they perceived as a second Italian occupation and to not suffer any longer the abuses and persecutions that it would cause (LINK).

Those who remained had to suffer the second phase of forced Italianization. The first one took place during the first 25 years of the Fascist era. The second one consisted also in forced conscription of the male population of Trieste, illegitimate, but once again ruled by the General Commissioner of the Government with his own decrees (which, even, are still in force…).

This is how, from 1954 to 2005, thousands of citizens of Trieste were drafted to serve in the Italian Armed Forces, undergoing forced conscription in violation of the Treaty of Peace.

How did Italy force the citizens of a neutral, demilitarised State to serve in its own Army? Simple: by having them signing a blank paper, only to stamp “volunteer” on it right after. There was no choice. Whoever refused to sign it, would be taken by the Carabinieri and had to serve a term in a in military prisons for failing to report for military service.

The “volunteers” drafted from Trieste with this system were regarded as foreigners (which in facts is what they actually were…), called “slavs” in a derogatory way, kept under strict control, for they were considered unreliable.

Nobody talked of this thorny truth before. A global silence, to cover up a crime against humanity. And the victim are still there, longing for the justice that is been denied to them for too long. Longing for the dignity of being human beings, of which they were stripped a long time ago. They are the victims of a State that has never wanted nor had to deal with its thorny history made of forced removals of the truth, and of a provisional Government that has cowardly betrayed its own mandate.